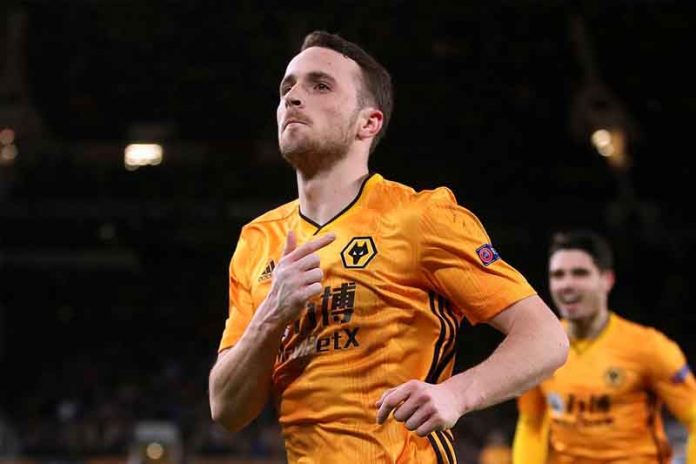 WOLVERHAMPTON Wanderers forward Diogo Jota won the ePremier League Invitational title for his club on Saturday after beating Liverpool full back Trent Alexander-Arnold with a golden goal in the final after the match ended 1-1 in regular time.
A number of top-flight players had signed up to represent their clubs in the virtual tournament to generate funds for Britain’s National Health Service (NHS) during the COVID-19 pandemic.
Raul Jimenez scored the winning goal for Wolves and Jota in the FIFA 20 match after Georginio Wijnaldum put Liverpool ahead late in the first half, only for Adama Traore to level the scores after the interval.
Alexander-Arnold beat England team mate and Manchester City forward Raheem Sterling with a Roberto Firmino golden goal in the first semi-final earlier on Saturday, with Jota triumphant over Burnley’s Dwight McNeil in the second semi-final.
The winner’s prize fund will be donated to the PlayersTogether initiative, created by Premier League players to generate funds for the NHS.
In real life, Liverpool were top of the league, 25 points ahead of second-placed Manchester City, with Wolves sixth in the standings before English soccer was suspended indefinitely last month because of the novel coronavirus outbreak.

DOH: Nurses deployed to Sorsogon given wages but not qualified for...

POWERED BY SMART: PhilPop 2020 searches for next OPM hits