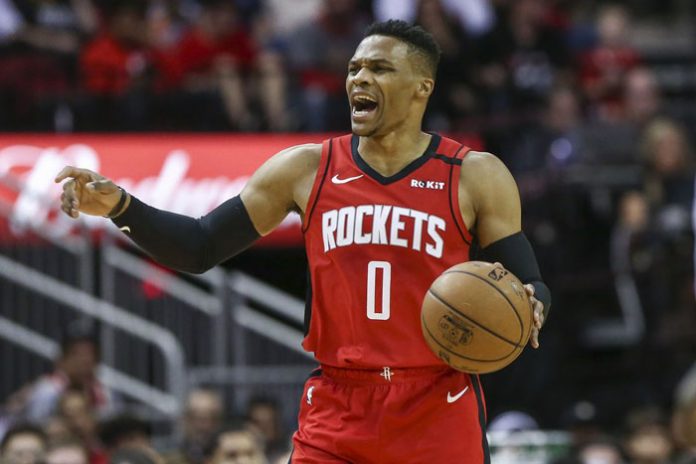 HOUSTON Rockets guard Russell Westbrook said on Monday that he had tested positive for COVID-19 ahead of the team’s departure to Orlando where the NBA plans to restart its season.

Westbrook, the 2017 Most Valuable Player and nine-time All-Star, said he was in quarantine and would only rejoin the squad when he was cleared.

“I tested positive for COVID-19 prior to my team’s departure to Orlando,” Westbrook, 31, said in a statement posted on his Twitter account.

“I am currently feeling well, quarantined, and looking forward to rejoining my teammates when I am cleared. Thank you for all the well wishes and continued support. Please take this virus seriously. Be safe. Mask up!”

Westbrook has been one of the Rockets’ key players this season after his move from the Oklahoma City Thunder, averaging 27.5 points per game. The Rockets are currently the sixth seed in the Western Conference with a 40-24 record.

Twenty-two teams began arriving last week at the Disney ESPN Wide World of Sports complex in Orlando, where they will be housed in a quarantined bubble to train ahead of the scheduled July 30 restart.

The NBA on Monday said 322 players were tested for COVID-19 since arriving on the campus on July 7 and two have returned confirmed positive tests while in quarantine.

Those players never cleared the mandatory 48-hour quarantine upon arrival and have since left the campus to isolate at home or in isolation housing.

Since in-market testing began on July 1 before the players left for Orlando, 19 have tested positive, the league said.

Those players are staying in their so-called home markets and recovering until they are cleared under the US Centers for Disease Control and Prevention (CDC) guidelines and NBA rules for leaving home isolation and joining the campus.