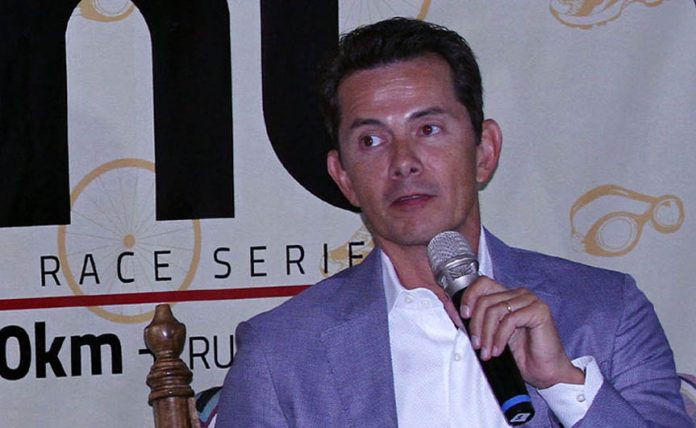 The outspoken Alaska team owner said he expects the PBA to encounter several difficulties, ranging from the players’ attitudes, to the member teams and up to the games themselves, once the pro league is allowed to resume amidst the lingering coronavirus threat.

In a nutshell, according to Uytengsu, things are not going to be the way they were before the pandemic broke out, starting with everyone’s lifestyle.

“The reality is, we will not go back to normal,” Uytengsu said in an interview with veteran sportscaster Sev Sarmenta in last Wednesday’s Sports Page program on Cignal TV.

“People forget that after 9/11 the way we traveled internationally and on airplanes changed significantly,” added Uytengsu, referring to the September 2001 terrorist attacks on the US.

“Today, when we travel that’s very normal. We don’t really question that any more. In the future, it may be a situation where we have to wear face coverings and masks, basically to protect each other.”

Concerns about the virus will be ever-present even if a cure or vaccine is found, he said, more so during games.

“The challenge is, is it safe?” posed Uytengsu.

The PBA has been on hold since March 11 and now just hopes to salvage at least the Philippine Cup which has a mid-October target for resumption.

The drastically altered season is now adversely affecting some PBA teams that use their participation to advertise their products.

“I’m spending a lot of time trying to understand the economic impact from our businesses,” said Uytengsu, who has been in Los Angeles with his family even before the outbreak was declared a pandemic.

“How do we, as a company, continue to run a team when our businesses are going to be down 20, 30, 40… some people even 50 percent? And still have the same budget to advertise, same budget to run a PBA team> And that will be a challenge.

“Fortunately, for Alaska Milk we are a necessity. People have to eat. To some extent, over the long term, I think we will be less affected. If you are a product or a service that is less critical in terms of daily need, that could spell trouble for a team or a company like that.

“The best case scenario for the PBA is we play only one conference. Imagine, we’re going to get one conference of advertising for an entire year of salary. I know Alaska is, but I’m sure all the other teams are continuing to pay all their players full salaries.

“We’ll see how long that can continue because if this were to drag on for a second or third year it would be very difficult. I’m not trying to put the cart before the horse. I’m just trying to be practical on a macro basis.”

And then there are some if not most of the players, who might not be in full game-shape by resumption and then tend to be overly cautious about contracting the virus during games notwithstanding the stringent safety protocols ready to be put in place.

“The fitness levels of players is going to be challenged because no matter how hard you’re working at home it’s not like you have your teammates to push you. You can do as much as you can, you think you’re working hard, but there’s no substitute for competition, even within your own team. We lack that and that’s true for all players, for all teams,” assessed Uytengsu.

“So I think first of all the game might be a little slower. As a defender I’m gonna get down, I’m gonna get in the guy’s face, knowing that he’s breathing heavy and he may be asymptomatic and therefore I might get the disease,” warned Uytengsu.

“I think it’s unrealistic that players will play with masks. The game’s hard enough as it is,” added Uytengsu in a moment of levity. “Imagine, you have a face covering, trying to breathe. You have to substitute every two minutes.”

“Let’s learn from some of the best sports franchises and organizations in the world about what they do, what they can do, what works, what doesn’t work. And then let’s see how we can adapt that in our own setting, with the PBA.”