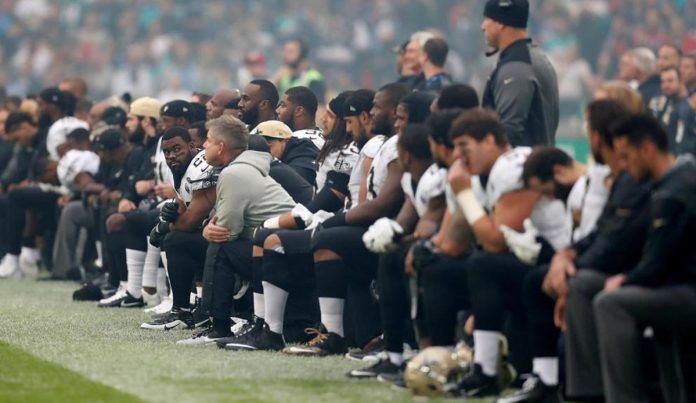 THE US Soccer Federation on Wednesday said it had repealed its requirement that players stand during the national anthem, saying the policy was wrong and detracted from the Black Lives Matter movement.

The policy was adopted in 2017 after US women’s national team member Megan Rapinoe took a knee during the playing of the anthem prior to a match in 2016 in solidarity with NFL quarterback Colin Kaepernick, who knelt to call attention to racial injustice.

“We apologize to our players– especially our black players – staff, fans, and all who support eradicating racism,” the federation said in a statement.

“Sports are a powerful platform for good, and we have not used our platform as effectively as we should have. We can do more on these specific issues and we will.”

Going forward it will be up to the players to determine how they want to use their platforms to fight racism, discrimination and inequality, the federation said.

Kaepernick’s protest, which sought to highlight racial inequality including police brutality against black people, set off a firestorm of controversy and he never found work again in the NFL after the 2016 season.

The controversial issue has returned to the fore in the wake of the killing of George Floyd, a black man in Minneapolis who died last month after a white police officer kneeled on his neck for nearly nine minutes, prompting protests in the United States and beyond.

US President Donald Trump has been one of the most vocal critics of players kneeling during the anthem, tweeting on Sunday that NFL players who did so were “disrespecting our Country & our Flag.”

Several players, including Washington running back Adrian Peterson, have said they plan to take a knee during the playing of the song next season.