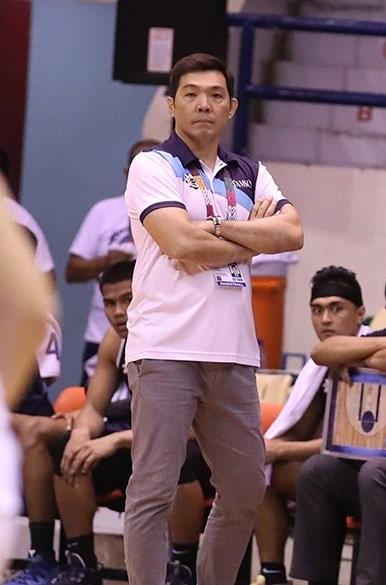 AFTER the Inter-Agency Task Force on Emerging Infectious Diseases gave the green light for the PBA and the Philippines Football League teams to resume training sessions last Friday, new University of the East coach Jack Santiago is convinced the UAAP could soon follow suit.

“I’m happy that there are developments in terms of allowing sporting events to hold practices,” Santiago told Malaya-Business Insight yesterday.

“I think it will eventually be the basis for developments in the UAAP as well,” he added.

In his biggest coaching break yet, Santiago replaced the late Bong Tan and active consultant Lawrence Chongson at the helm of the Red Warriors last January.

Although his charges are staying in shape, Santiago maintained teams could not fully toughen up by just doing online workouts at home.

“At this point, we don’t really know for sure when the season will open but our team has been doing virtual training since the beginning of the quarantine to prepare for it and although it’s been really helpful to us, it’s still better to hold practices the traditional way,” related Santiago, who was drafted by 7-Up in the pros in 1993.

“So, I’m hoping that soon we’ll be able to go back on the court.”

With the lingering health risks and uncertainties posed by the deadly COVID-19 pandemic, the UAAP is eyeing to launch its 83rd season early next year.

The government’s go-signal on the resumption of training is limited only for the country’s pro basketball and football, at least for now although Metro Manila has transitioned into the less strict general community quarantine last June 1.

A longtime deputy of multi-titled tactician Franz Pumaren at La Salle and Adamson University in the collegiate ranks and in Air21 and GlobalPort in the pro league, Santiago said the health and safety of the Recto-based squad remain his priorities.

“When we do (get back to practice), of course we have to prioritize the safety of our team, especially our players,” said Santiago, also a councilor of the first district of Navotas City and a former Mapua guard in the 1990s.

“We will do so by making sure we take necessary health and safety measures and maintain it as well.”

UE finished with a 4-10 record in the last UAAP cage wars for seventh and is bidding to end an 11-year Final Four drought.

The Warriors lost playmaker Rey Suerte, who was selected in the special Gilas draft last December, and guards Jed Mendoza and Philip Manalang due to graduation.

UE last won a title in 1985 behind the likes of pro league greats Allan Caidic and Jerry Codiñera.