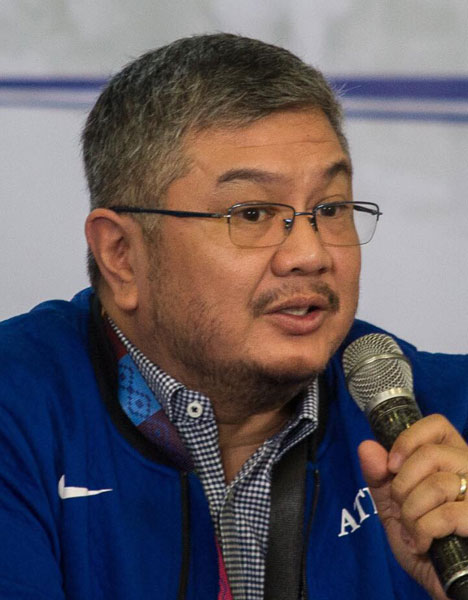 IF the UAAP’s plan to launch its 83rd season early next year pushes through, with the health and safety of the community still the top priorities amid the lingering risk and uncertainties brought about by the COVID-19 pandemic, no sports will be scrapped from its calendar.

“We are planning to have a full calendar. But of course, that will be dependent on the government and the schools themselves. These are students, so normalcy in the schools will take precedence. So, kung normal na ang pasok, which means regardless kung online or face-to-face, normal nag-i-start ang school year, then we can talk about UAAP sports,” Season 82 president Emmanuel Fernandez of Ateneo said yesterday during the Philippine Sportswriters Association’s webcast.

“Right now, we’re looking at a full calendar but when will it start, based on what the government stated that tournaments, I think it was the PSC which said that there will be no tournaments until the end of December 2020, so we’re basically looking at the first quarter of 2021 (to start),” he added.

“As to the assurance, If I may quote Dr. Anthony Fauci (noted American physician and immunologist), ‘di ba sabi niya, “we do not make the timeline, only the virus can make the timeline.’ Everything depends on a lot of things. One is the government regulations.”

The NCAA, also set to kick off its 96th season in early 2021, is set to hold just its mandatory sports— basketball, volleyball, swimming, and track and field.

Basketball, volleyball, and cheerdance are the mandatory sports of the UAAP.

The remainder of Season 82, which included the highly-anticipated women’s volleyball tournament, was terminated last April 7 due to the government-imposed lockdown to curb the spread of the deadly virus.

Other sports that were scrapped were football, baseball, softball, athletics, lawn tennis, and 3×3 basketball.

Metro Manila was under the less strict general community quarantine last June 1 but sports-related mass gatherings like basketball are still not allowed.

The league officials also said the UAAP is considering shortening tournaments that are not team events like how it is done in the Southeast Asian Games.

Saguisag and Fernandez maintained the fate of the new season still largely hinges on the government’s green light and the mandate of the Department of Education and Commission on Higher Education.

“Kami sa UAAP, we have to give ourselves a higher standard. People tend to forget that our athletes are student-athletes. Aside from the government’s directive, the national government, which is the general application, aside from the PSC’s pronouncements, we also have DepEd and CHED to contend with. Hangga’t hindi normal ang school year and ang mga estudyante, we can’t even begin. Of course, mayroon na kaming plans but we really have to have higher standards. Iyon ang aming approach ngayon,” said Saguisag.

“We’re getting the best practices. May mga model naman si FIBA and SBP, and others.

Who will be crowned as Miss Earth 2020 on Sunday?