THEY have to think twice next time.

Thirdy Ravena and Isaac Go, former Ateneo standouts who are considered vital cogs in Gilas Pilipinas’ future, dodged the bullet but learned a neat lesson in their upstart careers.

Instead of being sanctioned for participating in a five-on-five game at the Ronac gym in San Juan Wednesday last week, the two were merely reprimanded by Samahang Basketbol ng Pilipinas president Al Panlillio and Director for Operations Butch Antonio for violating quarantine protocols. 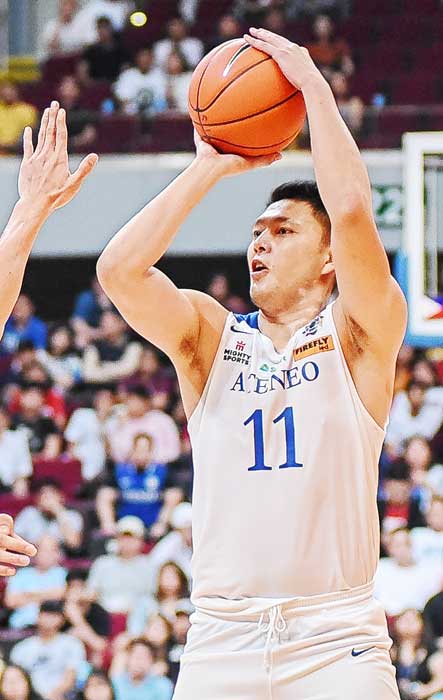 The 6-foot-2 Ravena, who is set to suit up for San-en NeoPhoenix in the Japan B. League, and the 6-foot-7 Go, picked first overall by Columbian (now Terrafirma) in the special Gilas draft last December, joined Ginebra big man Japeth Aguilar, Rain or Shine rookie and another former Blue Eagle in Adrian Wong, and University of the Philippines forward Kobe Paras in the game whose video went viral.

Although Go is technically not yet part of the PBA, he was scolded by Commissioner Willie Marcial.

Ravena, who was projected to go No. 1 but skipped last year’s draft to pursue his dream of playing overseas, was also admonished by Marcial. Ravena and Go have apologized to the PBA chief.

Aguilar and Wong were each handed a P20,000 fine and were ordered to undergo swag testing and 30 hours of community service. The two will have to take swab tests anew after a 14-day quarantine.

Paras, one of the Fighting Maroons’ main men, will likely be spared from any punishment from the UAAP.

Ravena and Go will not be fined by the SBP, according to Barrios.

Metro Manila has been placed under the more relaxed general community quarantine last June 1 and the Inter-Agency Task Force on Emerging Infectious Diseases has already given the green light for the PBA and PFL teams to resume training last Friday.

Recreational basketball games, however, remain prohibited under GCQ to stem the spread of the COVID-19 pandemic. The government’s go-signal light was also only for pro basketball and football.