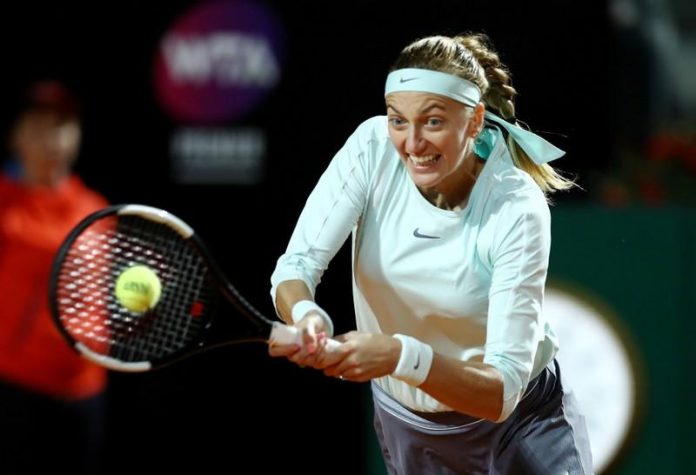 MUMBAI.  — Tennis can emerge stronger from its lengthy shutdown due to the novel coronavirus if the idea of merging the men’s and women’s tours becomes a reality, multiple Grand Slam winners Simona Halep and Petra Kvitova have told Reuters.
The tennis season was suspended in March due to the COVID-19 pandemic, and the hiatus will continue at least until mid-July as countries have shut borders and gone into lockdown to contain the spread of the virus.
Roger Federer called for a merger between the two governing bodies on social media last week, with the men’s ATP Tour Chairman Andrea Gaudenzi, and his women’s WTA Tour counterpart Steve Simon, both welcoming the suggestion.
“I think the advantages of a merger would be unifying the sport, and being stronger together,” former world number one Halep said.
“If we have one product, one brand and everyone working together to achieve the same goals, the future of tennis could be very bright after we come out of this crisis.”
Currently TV viewers need different pay-TV platforms to watch tennis matches and a merger of the Tours could simplify television contracts and sponsorship deals.
The men’s and women’s players have a separate ranking system while some rules, including on-court coaching, are also different.
“Men and women on the same level, marketed and promoted in the same way with equal opportunities and of course equal prize money across the board,” said Halep, a French Open and Wimbledon champion.
“It would also be exciting to have the chance to work more closely with the top male players.”
Tennis remains very popular across the world but its governance remains fractious with as many as seven associations running different parts of the game.
Besides the ATP and the WTA Tours, the sport is also controlled by the International Tennis Federation and the boards of the four Grand Slam tournaments.
“If we can find a way for the men and women to work together for the better of the sport then that would be exciting,” said Kvitova, who has twice won the Wimbledon title.
“Combining our tours year-round would hopefully produce a stronger sport, better TV coverage, more sponsors and most importantly, a better experience for fans,” she told Reuters.
Czech Kvitova, who rose to a career-high number two in 2011, wants an equal standing for the women players in the combined body.
“First of all, a merger would take a great deal of discussion and hard work as many things would need to change,” said the tall left-hander, who is currently ranked 12.
“I think it’s a good time to begin those conversations, since we have this pause in our calendar… I believe it’s important that WTA players can be part of those discussions because it has to come from both sides.”
While the sudden halt in the season has presented an opportunity for governing bodies to work towards unity, it has also shone light on the plight of players who make up the lower ranks of the sport and depend solely on tournament winnings.
Tennis governing bodies have over the last few years attempted to improve the pay and conditions for a deeper pool of international players but it has not proved enough.
While tennis is a lucrative sport for those at the top – the 2020 Australian Open singles champions each took home A$4.12 million ($2.69 million) – those in the lower echelons often struggle to make ends meet.
The governing bodies are creating a relief fund to help the players affected by the shutdown and men’s No. 1 and ATP player council chief Novak Djokovic has called on fellow professionals to individually contribute to it.
“This is a subject that we’ve been discussing since I started playing and very little has been done to address this on our tour,” said Halep, adding she supported Djokovic’s call.
“The Grand Slams have started to change prize money breakdowns and distribute more to qualifying and the early rounds in tournaments but our system at WTA events remains much the same.
“The tournaments are concerned with the size of the winner’s cheque, and I believe this needs to change so we can support more players in the future and grow the sport.”
Kvitova echoed Halep’s thoughts.
“Perhaps there can be some kind of employment insurance for tennis players, a player relief fund, and a different distribution of prize money to help those who lose in earlier rounds of the bigger events,” she said.