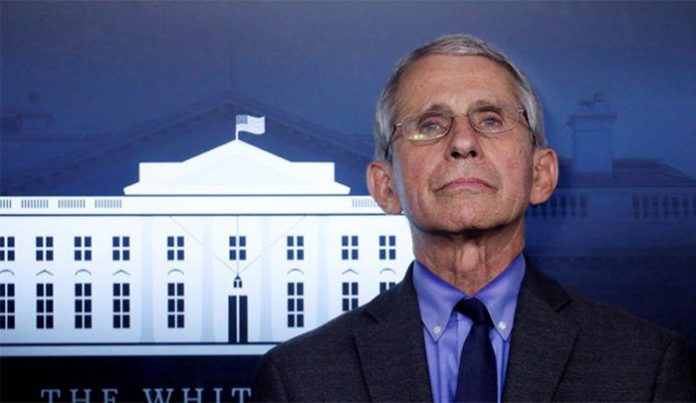 NEW YORK. – The NFL campaign and an abbreviated baseball season may be possible if games are played without fans and players are kept in lockdown, U.S. President Donald Trump’s leading infectious disease adviser said on Wednesday.

It has been a little over a month since the NBA season was abruptly halted amid the novel coronavirus outbreak, with most professional sports following suit, leaving arenas and stadiums empty amid speculation over when live sport can return.

“There’s a way of doing that: Nobody comes to the stadium, put them (the players) in big hotels, wherever you want to play, keep them very well surveilled,” Anthony Fauci, the leading US health expert said in a Snapchat interview.

“Make sure they don’t wind up infecting each other or their family and just let them play the season out.”

Fauci, who appeared last month in an Instagram live interview with Golden State Warriors sharp-shooter Steph Curry, said he would recommend that athletes should be tested roughly once a week after resuming play.

The prospect of sports going ahead without fans has met with some criticism. Major League Baseball recently damped down talk it would return as soon as May with players competing in an isolation bubble.

“People say, ‘Well, you know, you can’t play without spectators,’” said Fauci. “Well, I think you probably get enough buy-in from people who are dying to see a baseball game – particularly me.

“I’m living in Washington, we have the World Champion Washington Nationals, I want to see them play again.”

The NFL regular season is due to kick off on Sept. 10, but there is no date for the MLB to start or for the NBA and NHL to resume. Major League Soccer said on Tuesday its projection to return in mid-May was “extremely unlikely.”