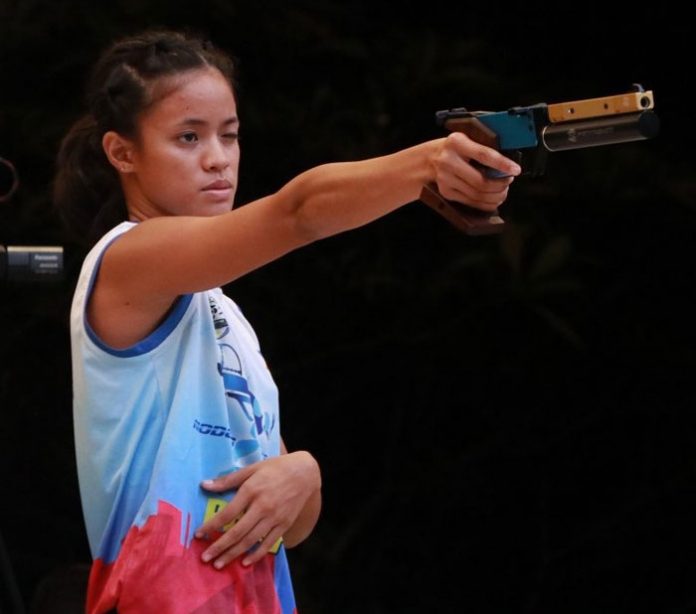 SOUTHEAST Asian Games gold medalist Princess Honey Arbilon upset world-ranked Nouran Beheiry of Egypt 4-0 over the weekend in the women’s Under-22 division semifinals of the 1st UIPM Laser All Stars, a virtual laser shooting competition that drew 35 entries from all over the world.

Based in Ormoc City, Leyte,  Arbilon, who had a golden debut in the 30th SEA Games by ruling the mixed beach laser relay with Samuel German, clocked 15.52, 12.74, 8.54 and 9.54 seconds, respectively, in subduing Beheiry, ranked No. 36 in the world youth ratings.

A protégé of modern pentathlon president and Ormoc City Mayor Richard Gomez, Arbilon will be among the four finalists in her age group in the Laser All Stars on Sept. 9. The event is organized by the Union Internationale de Pentathlon Moderne, the world governing body for the sport.

During the two-day meet, the Ormoc National High School graduate earlier showed grit by ousting another world-ranked bet, Brazilia’s Marcela Mello, with a come-from-behind 4-3 win in the round-of-8.

“This is a great accomplishment by Princess being a virtual rookie in the sport. Hopefully, she does well in the finals,” said Gomez. “She is one of our promising athletes in the sport, which was why she was able to win a gold in the last SEA Games.”

Gomez added that Arbilon will be among the scholars the city will be funding through college.

Coco to follow in the footsteps of Lito Lapid?

Grit over height? This we have to see

Senators: Frontliners, not Duque, are heroes in fight vs pandemic