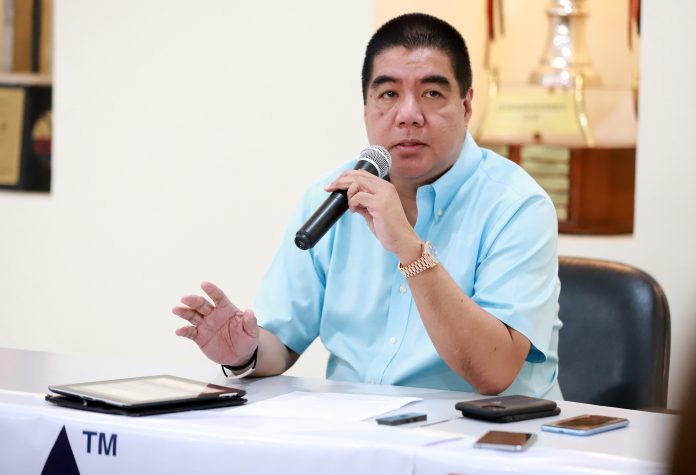 A PBA season that has initially been pruned down may be scrapped altogether.

This was one of the scenarios offered by league commissioner Willie Marcial, who said everything depends on how soon the government allows mass gatherings of people in a single place in the face of the continuing novel coronavirus pandemic.

The PBA board is looking to convene online again this week for more discussions on the league’s situation and actions amid the pandemic that has affected all sectors.

In an April 7 meeting, the teams’ representatives were all reportedly inclined to reduce the number of season conferences to two from its usual three.

The season-opening Philippine Cup kicked off last March 8 but the league shut down three days later due to the virus outbreak.

Should the worst-case scenario matieralizes, this will be the first time Asia’s first play-for-pay league will scrap an entire season since its 1975 inaugurals.

That would completely put to waste all the preparations the league undertook for what should have been a grand celebration to its 45th season.

Prior to the outbreak the PBA was looking at a bevy of marquee projects to mark its anniversary and has projected record numbers in terms of revenues.

The league set out to launch the inaugural 3×3 tournament and implement measures to improve officiating and the referees/table officials development program.

It also aimed to continue to reach out to the less fortunate and perform CSR activities, including Home Court where players and officials visit barangay street courts, Open Practice in college gyms, Blood Donation Drive, Kids Day Out, Make A Wish Foundation, World Vision, PBA Heroes and Veterans and PBA Run For A Cause.

The PBA also planned an exhibit road show of video clips, memorabilia and jerseys spanning 45 years in a docu-like production, which Marcial dubbed a “virtual multi-museum.”

But in this time of crisis, the league has done its share, donating P1 million worth of personal protective equipment (PPE) to health workers in Pasig, Antipolo and Biñan, Laguna.