The Samahang Basketbol ng Pilipinas is convinced the overseas stints of Filipino cagers will only make them better.

“It’s an honor and we should be honored and flattered that our players are being considered as imports now in our region,” SBP Director for Operations Butch Antonio said last Tuesday in the Philippine Sportswriters Association Forum webcast. 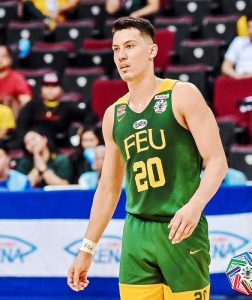 SBP Executive Director Sonny Barrios shared the same sentiments, saying: “As they always say, if you want to improve in team sports, you play against those better than you.

“Kaya nga iyang mga nabibigyan ng oportunidad maglaro abroad where they can learn and develop their skills and talents at a different level, maganda iyang opportunity.”

Former Ateneo High School standout and UAAP juniors MVP Kai Sotto, a 7-foot-2 center bidding to become the first homegrown Filipino to make it to the NBA, has turned pro and will suit up for the new NBA G-League select team, while former Ateneo Blue Eagles star forward Thirdy Ravena will take his act to the Japan B. League with San-en NeoPhoenix.

Far Eastern University forward Kenneth Tuffin is proving his worth with Taranaki in the New Zealand National Basketball League, while UAAP women’s basketball MVP Jack Animam of National University is headed to Shih Hsin University as an import in Taiwan’s University Basketball Association.

Their exposure to international play will toughen them up, according to Antonio.

“As far as developing is concerned, being exposed to different kinds of basketball, in whatever level it is, is supposed to make the player better as long as sineseryoso niya ang practice,” explained Antonio.

Barrios, a former pro league commissioner from 2008 to 2010, cited a past conversation with PBA great and former four-time MVP Ramon Fernandez on how he surprisingly became a good ball handler despite playing as a center at 6-foot-4.

“Lo and behold, one day, he (Fernandez) popped in the SBP office at sinabi ko sa kanya iyong observation ko.”