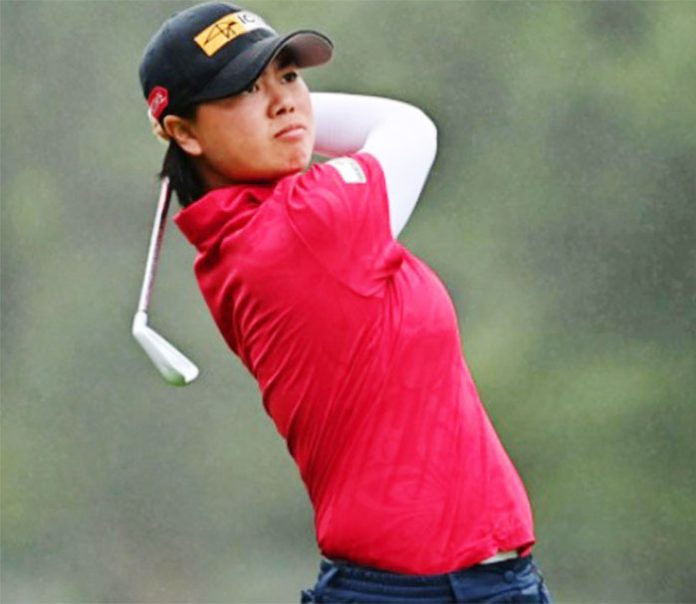 With Koiwai breathing down her neck, Saso, 19, sank a pressure-laden birdie on hole No. 12, a par four, to create space between her and her pesky Japanese foe on the way to her second major golf title on the Japanese LPGA tour in a span of two weeks.

Koiwai, the Otaru Golf Club pro, yielded with successive bogeys on the 15th and 16th holes. She birdied the penultimate 17th hole of the par-72, 6,695-yard course but the fight was over by then. She checked in with an even par-72 for 277, her best finish in four years on the rich circuit.

With the win, Saso rose to the top of the JPLGA Mercedes rankings and became the first player on the tour to bank 50 million yen (roughly P22.9 million) in earnings in just three tournaments.

South Korean pro Shin Jie and Japanese Nasa Hataoka, who won the 2016 Japanese Women’s Open golf championship as a rookie, earlier shared the distinct honor but needed eight tournaments to achieve the feat, according to the JPLGA website.

Nursing an overnight one-shot lead, Saso, playing in the championship flight with Koiwai, showed early jitters, coming up with a double bogey on hole No. 2, a par four, but recovered with birdies on the fourth, sixth, seventh and eight holes for a two-under 34 on the front nine.

Koiwai also felt the pressure with a bogey on the third hole, another par-four, before settling down with birdies on the fourth, seventh and eighth holes and continued to hound Saso with a similar 34 on the first nine holes.

After matching bogeys on the par-4 11th hole, Saso came up with a birdie on the next, which Koiwai parred, to take a two-shot lead.

That birdie by Saso on the course located in the port city of Otaru, 31 kilometers northwest of Sapporo, site of the 1972 Winter Olympics, proved crucial, softening the impact of her second bogey for the day on hole No. 15, a par four.

Halfway around the globe, Filipina Bianca Pagdanganan, a 30th Southeast Asian Games gold medalist, shot a three-under 68 in the second round to make the cut in the $2.3 million Walmart NW Arkansas Championship at the Pinnacle Country Club in Rogers, Arkansas.

Along with her opening-round 70, Pagdanganan had a two-round tally of 138 in a tie for 43rd place with 13 others, 12 shots behind Swedish solo leader Anna Nordqvist, who sustained her hot play by shooting a 9-under 62 in the second round to go with her 64 the previous day.