EMERGING from a nine-month layoff,  Eumir Felix Marcial showed some rust but still did enough to get the job done in his pro debut yesterday, scoring a unanimous decision win over sturdy American Andrew Whitfield at the Shrine Exposition Hall in Los Angeles.

Marcial connected heavily in the last three rounds against the bald but baby-faced Whitfield, whose right eye was closed after receiving a lot of punishment from the Olympic-bound fighter in the four-round match that served as the undercard of the card organized by Premier Boxing Champions and Showtime. 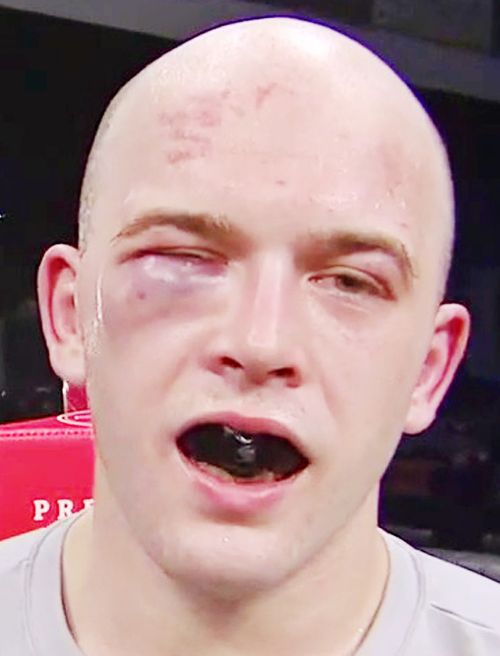 Pacquiao’s outfit signed the Zamboanga City pride to what promises to be a lucrative six-year deal, with the condition that his main focus would be his preparations for his stint in the Tokyo Olympic Games in July next year.

Marcial, 25, who had been training in Los Angeles since October, chalked up his first professional win while Whitfield, 28, a native of Lewiston, Idaho, absorbed his second loss in five fights as the orthodox fighter proved to be the ideal foil for the Pinoy southpaw.

The two were at each other from the opening bell, although Marcial seemed a tad slow in his first appearance since ruling the middleweight division of the Asia-Oceania Olympic qualifying boxing tournament in Amman, Jordan last March to punch his ticket to Tokyo.

The action picked up in the second round with the Filipino boxer landing some solid left-right combinations to the head of the American, who was also hurt by his rival’s body shots.

At the end of the second round, Whitfield’s trainers frantically tried to lessen the swelling of his right eye, prompting the ring physician to examine it to see if he could still go on.

In the third round, Marcial continued to connect with his stinging left, although there were times that he found himself on the ropes, something that he needs to work on in succeeding fights.

Appearing winded, the Pinoy boxer seemed content to coast in the fourth round after piling up enough points on the way to securing the highly-anticipated victory over his unheralded opponent.

Marcial admitted that he got hurt right in the first round.

He intends to rest for just a week and then resume training.

Statistics showed that Marcial connected on 120 of the 310 punches he threw for a 39 percent average while Whitfied landed just 46 of 273 blows for a 17 percent norm.

Marcial was his usual self offensively but absorbed several hard blows from a relentless foe who is a veteran of 40 MMA fights.

F&B manufacturing to bounce back