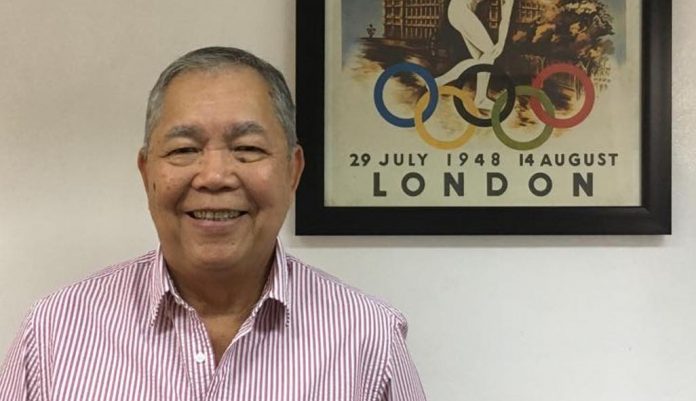 AMID talks of amending the Philippine Olympic Committee charter in the run-up to the POC polls in November, POC first vice president Joey Romasanta is offering what may appear to some quarters as a radical proposal.

“Why not open all elective positions to POC regular members, regardless whether they come from an Olympic or non-Olympic sport,” Romasanta said on the eve of the POC Executive Board meeting that will tackle proposed changes in the POC constitution and by-laws.

“The POC should be vibrant, active, participative and inclusive,” stressed the veteran sports hand, noting that under the present POC rules only officials from Olympic sports can run as chairman and president of the local Olympic body.

“Any regular voting member has the right to vote and be voted upon. Unlike under our present constitution that the president must come only from an Olympic sport,” Romasanta, the Larong Volleyball ng Pilipinas, Inc. president, said.

“To make myself clear, any POC regular member can be allowed to run from the chairman down. You should be allowed to do so. There should be no discrimination,” he explained. ‘Yon ang gusto kong baguhin.”

This was the first time Romasanta came up with the idea in his long years in Philippine sports. He is among those opposed to the proposal that the POC bylaws be amended to exclude POC officials aged 70 and above from seeking POC posts.

Opening all POC posts to regular members, Romasanta said, will be in recognition of the major contributions of National Sports Associations in bringing honor and glory to the country, particularly in the Southeast Asian Games.

Filipino campaigners in the last 30th SEA Games hosted by the country regained the overall crown with a haul of 149 gold, 117 silver and 120 silver medals, the main bulk of them coming from non-Olympic sports, last December.

Romasanta recalled that during the term of former POC president Chito Dayrit, changes were made in the POC constitution and by-laws barring NSA officials from non-Olympic sports in running for POC chairman and president.

This was an offshoot of the controversy that hounded the election of Cristy Ramos, who ran as candidate under the karate association, as POC president in 1996.

The daughter of then President Fidel V. Ramos was ousted three years later in 1999 after a no-confidence vote by the POC general assembly, resulting in the intervention of the IOC to resolve the issue, which paved the way for Dayrit to carry out her remaining term in 2000.

Dayrit served one full four-year term until 2004 before being succeeded by then equestrian association president Jose Cojuangco Jr., who served as the POC chief until 2018.

Romasanta said it’s time to review and revisit this amendment because “if it was overlooked then, opening the POC positions to all regular members should be reconsidered now.

“There is nothing in the Olympic charter that bars an NOC from doing so. The IOC considers the composition and structure (of the National Olympic Committee leadership) internal to the country. In the same token, the NOCS view the IOC as a distinct institution and organization on their own.”

Opening all POC posts to all regular members, he explained, “would bring excitement back to the leaders of non-Olympic sports. You will notice that our attendance during the general assembly has been dwindling because some of these NSAs feel they are second-class citizens in the POC.”

While the proposal may be tackled in today’s Executive Board meeting, Romasanta said that “it does not preclude you from proposing any amendment in the general assembly.

“It might be opposed by some of the board members tomorrow, any (non-Olympic) regular in the general assembly to propose an amendment. Anybody can do it.”