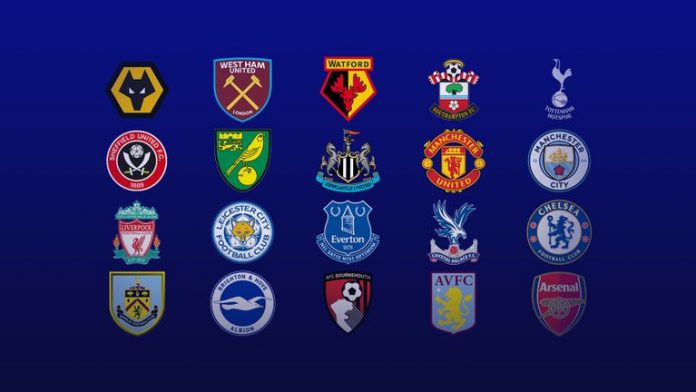 THE English Premier League season could be cancelled if teams did not agree to play the remaining 92 fixtures in neutral venues amid the COVID-19 pandemic, League Managers Association (LMA) chief executive Richard Bevan said on Wednesday.
Professional football has been suspended since mid-March due to the COVID-19 pandemic, with Britain suffering the highest death toll in Europe.
Discussions are continuing about resuming matches after clubs were told this month on a Premier League conference call that only neutral venues approved from a health and safety point of view will be allowed.
Asked if the 2019-20 campaign would be cancelled if teams voted against playing in neutral venues, Bevan told the BBC here: “Yes, I think that probably is correct.
“The government, if they haven’t already, will be making it clear that home matches with densely populated stadia, really puts into question whether social distancing rules can be adhered to.”
Brighton & Hove Albion and Aston Villa are opposed to the idea of playing their remaining games at neutral venues and LMA chief Bevan said clubs needed to get on board with the proposal if the season was to go ahead.
Brighton chief Paul Barber had previously said playing in neutral venues would have a “material effect on the integrity of the competition.”
Brighton is 15th but only two points clear of the relegation zone.
Aston Villa chief executive Christian Purslow, whose club is 19th in the 20-team standings but only two points behind 16th placed West Ham United and with a game in hand, said every team had to protect its financial position.
“The risk of relegation is probably a 200 million pound ($246.92 million) catastrophe for any club that mathematically could still go down,” he told talkSPORT radio.
“We’re a club that prides itself on our home form. I think two-thirds of our wins this season have come at home,” added Purslow.
“We’ve got six home games left to play so I think any Villa fan will agree that giving up that advantage is a massive decision for somebody running Aston Villa. I certainly wouldn’t agree to that, unless the circumstances are right.”

‘Be ready with go bags, floods possible in 7 regions’

Australia partners with US to develop hypersonic missiles