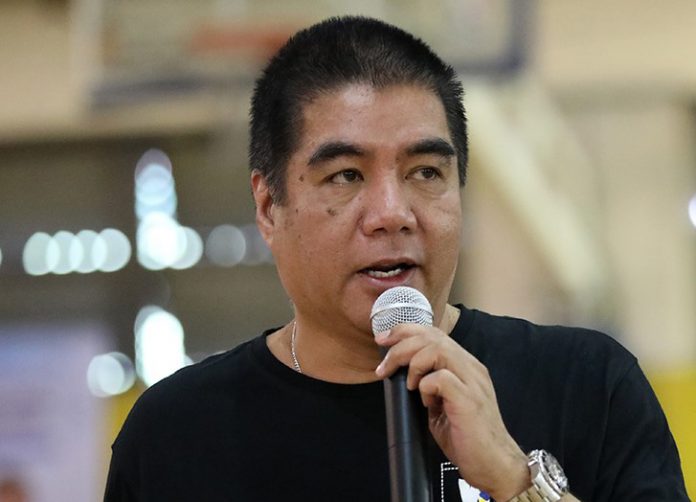 THE PBA Commissioner’s Office is looking forward to going fully operational by this month.

Commissioner Willie Marcial is hoping all the other league activities, foremost of which are the games, would soon follow suit.

Initially, Marcial’s staff will go back to work only at half force with shifting enforced.

Last Saturday Marcial and his 40-member staff have undergone swab testing for COVID-19 at the San Miguel Corp. headquarters.

All three SMC teams, San Miguel Beer, Ginebra and Magnolia, have all been tested while other squads are also set to follow suit in the light of the latest developments.

The PBA has played only one game in its season-opening Philippine Cup before being forced to shut down last March 11 due to the pandemic.

Starting today Metro Manila will be moving into the more relaxed general community quarantine  and it is hoped other  teams would be allowed to go back to the gyms soon.

On Wednesday, the board of governors will hold its meeting at the PBA office to further discuss the league’s return plans and protocols for the new normal.

Marcial has previously revealed some strict safety measures would be enforced once the government has a firmer grip on the pandemic, finally allows sports-related mass gatherings and fans are allowed to watch the games.

The wearing of face masks, physical distancing for fans, regularly sanitizing the venue facilities  and, above all else, testing of all persons involved would be implemented once the PBA tries to salvage at least part of its severely-disrupted Season 45.

Winkelmann is the new top man at Automobili Lamborghini