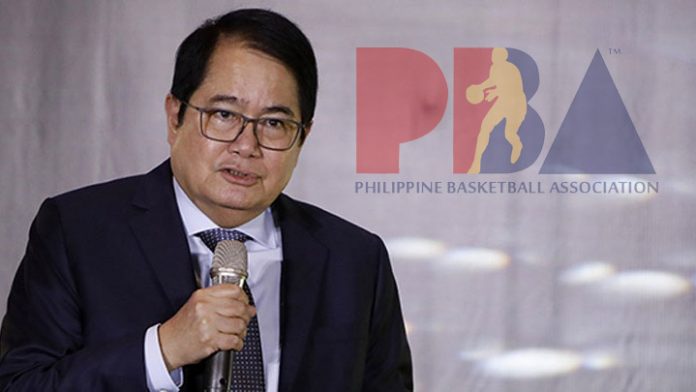 THE PBA is still the best option for Filipino cagers.

PBA chairman Ricky Vargas made this assertion last Tuesday, adding the country’s best basketball talents would have more job security and opportunities here than when they decide to show their wares abroad.

“Joining the other leagues, it’s not 10 months of playing. It’s just a conference,” Vargas said during the online PSA Forum last Tuesday, referring to some Filipino players’ decision to sign up in overseas leagues.

“So they will have to rethink that. Whether they join that conference or to join the PBA which is more secured in terms of what they’re doing and closer to home,” added Vargas.

Vargas made his comments in the wake of top draft prospect Thirdy Ravena opting to take his talents to the Japan B-League.

Vargas remains confident that they and other Filipino players with similar inclinations would ultimately opt for the PBA in the short run.

Eligible amateurs, like Ravena, have a two-year window to join the PBA.

“It’s just a delay,” said Vargas, referring to Ravena’s decision. “Our rules state that two years from eligibility. They have two years to join the PBA.”

Vargas was not as sure on when PBA teams could begin practicing in the hopes of salvaging at least the Philippine Cup, shut down by the coronavirus crisis since last March 11 after having played out just one game.

That could happen once the government decides to lower the current quarantine level in most areas of the country to the modified general community quarantine.

“Closest we can get is if we got to (MGCQ). Kapag (MGCQ), sinasabi nila, you may go back to practicing,” Vargas said.

Last Tuesday, the government declared that Metro Manila and most other areas in the country will remain under general community quarantine, which prohibits such practices, until July 15.

Vargas prefers to remain optimistic. “We are still positive and our players are also very hopeful that we can start,” he said. “Kasi alam din naman nila na we are protecting their health interest.

“Also, the more positive note is ‘yung statement ng GAB (Games and Amusements Board) is they’re also working for professional sports to begin.”

Aside from the persistent and lingering effects of the virus there are other hurdles.

“Marami,” said Vargas. “GAB, IATF, DOH, LGU, and ‘yung owner ng coliseum. Medyo mahirap din ang proseso. Plus, the (health and safety) protocol that we have to agree on.”

Before US Open, Bianca plays in Texas