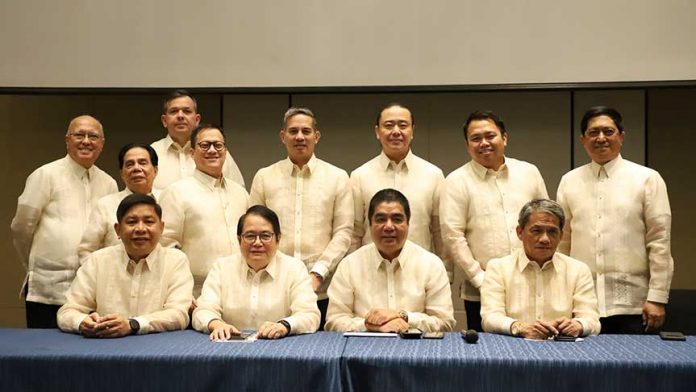 THE Philippine Basketball Association will wait until August to decide whether or not to resume its 45th season.
The decision was arrived at by the league’s governors following an online meeting last Saturday evening where they discussed plans in the midst of the country continuing to deal with the crippling effects of the novel coronavirus (COVID-19) pandemic.
“Maghihintay kami until August to decide whether it’s still a go or a season cancellation,” league commissioner Willie Marcial told the league’s official website PBA.ph.
“Pagdating noon, mag-de-decide kami kung p’wede pang i-save ang season o hindi na talaga.”
The league has suspended its activities last March 11 due to the pandemic, just three days after it opened the season with a game pitting San Miguel Beer against Magnolia.
Since then, the board has convened two times and among the options it has on the table for the resumption was to play just two conferences instead of the usual three, as it has agreed to shorten the season.
But that option seems close to impossible following the government’s extension of the enhanced community quarantine until May 15, and with further extensions depending on the situation.
Should the ECQ be downgraded to general community quarantine, it still won’t make much difference for sports in general as sports-related mass gatherings would still be barred from taking place.
Aside from the August timeline, the board has decided to suspend trades and transactions to sign up free agents.
“Ang p’wede lang na transaction, iyung ina-allow, iyung re-signing ng mga players na expired na kontratata,” said Marcial.

Artful home décor up for auction