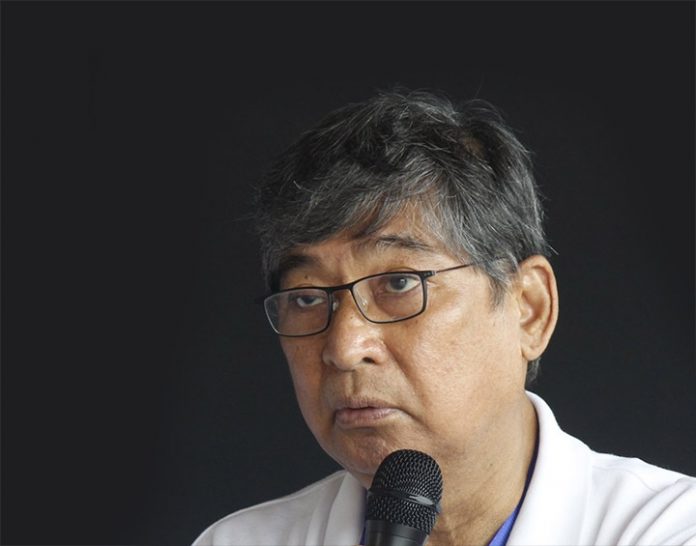 IF EVERYTHING goes according to plan, the shelved National Open track and field championships is set to be held in December and will serve as a qualifying competition for the 2021 Tokyo Olympic Games, according to athletics chief Philip Ella Juico.

“We aim to have it in mid-December at the Philsports Complex track oval (in Pasig City) and it will be a qualifying event for the Tokyo Olympics,” the Philippine Athletics Track and Field Association president announced in a video conference call on Sunday night.

The National Open was set to be held last April but was postponed due to the COVID-19 pandemic.

“We hope that other athletes from Southeast Asia will be able to come and join us because this will be an Olympic qualifying event,” added Juico, who was joined in the conference call by Italy-based pole vaulter Ernest John Obiena, the country’s first Olympic qualifier; and PATAFA secretary general Terry Capistrano.

Juico also announced that the PATAFA has drafted its own quarantine protocols and will submit it to the Philippine Sports Commission for approval with the Inter-Agency Task Force overseeing the COVID-19 crisis so that it can resume training its athletes and implement its programs.

“These protocols are the product of our collective recommendations and proposals among our officials, coaches and athletes,” he said, “and hopefully we can resume the training as well as our plans and programs once these protocols are approved by the PSC and IATF by July or August.”

“We have been keeping in touch with these athletes and their own training and efforts to qualify for Tokyo were also disrupted by the pandemic,” Juico noted, adding they were forced to trim the athletes in the national pool from 58 to 47 due to the limited funds coming from the PSC.

“We have to do it, but it was based on the performance of the athletes in our national pool over the past years, drawing inputs from our coaches,” he said. “This was a collective decision.”

He also disclosed that reigning SEA Games marathon queen Christine Hallasgo is set to return to Bukidnon to resume her training there.

Obiena, whose movement has been restricted at the IAAF elite training camp in Formia, Italy, one of the hardest-hit European countries by the contagion, said he is looking forward to returning to the Philippines and compete in the National Open as part of his Olympic build-up.

“I would really like to return because it would really be a good meet, and I miss home,” said the lanky and lean athlete, adding he hopes to resume competition in the Diamond League meet on Aug. 14 in Monaco.

In hindsight, Obiena, who won his first SEA Games gold medal at the New Clark City Athletic Stadium in Capas, Tarlac last December, said the postponement of the Olympic Games was “a blessing in disguise.

“Now I am able to strengthen the weak parts in my techniques and should be able to perform better next year,” he said. “Technique-wise, I have improved a lot since the SEA Games. I have more time to prepare and be ready (for Tokyo).”

Originally set to be held this August, the Tokyo Games was reset to next year by the International Olympic Committee due to the pandemic.