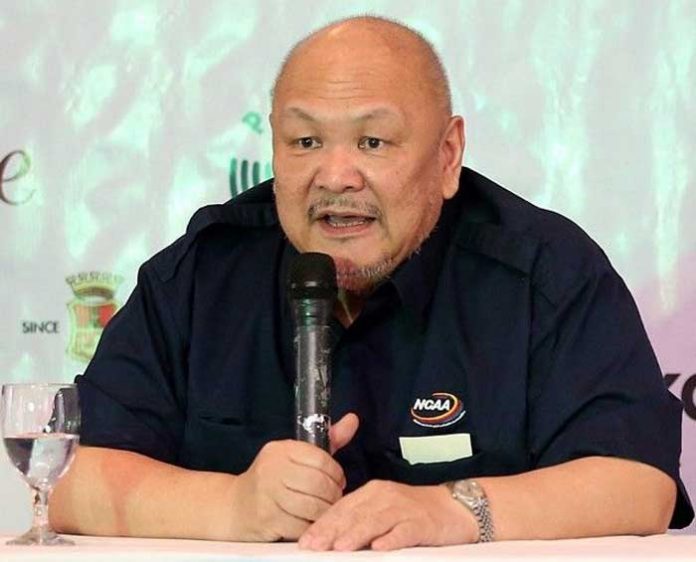 WITH the NCAA mulling other options after ABS-CBN’s franchise renewal bid was denied last Friday, Arellano University Management Committee representative Peter Cayco is not sold on the idea of a possible blocktime deal by the league with another network.

“Para sa akin lang iyan. May meeting kami (ManCom) this Thursday. Expensive for ABS-CBN (blocktime deal), I am not that optimistic na gagawin nila iyan. Anyway, the NCAA still has to hear them out,” he added.

Under a typical blocktime setting, the NCAA will pay the network for timeslots but the league will have to handle the video production side of the coverage, unless the network agrees to handle it under the agreement.

The country’s oldest collegiate league has five years left in its 10-year pact with the media giant.

The league will have to talk to the embattled network first, according to NCAA 96th season ManCom chair Fr. Vic Calvo, OP, of host Letran.

“We have to talk to ABS-CBN. (That’s) the first step,” said Calvo. “May live contract pa kami.”

Cayco maintained that even though ABS-CBN has been shut down, the league is exploring other options, among them to go digital such as in iWant where ABS-CBN shows live video streaming or on-demand contents on the internet.

“We have to be realistic. We can explore other options,” he said. “In the other platforms (of ABS-CBN), I think it’s doable (to air games).”

Due to the lingering health risks and uncertainties brought about by the deadly COVID-19 pandemic, the NCAA is eyeing to kick off its new season early next year.

The rest of the 95th season was called off for good in mid-March at the start of the government-imposed lockdown to stem the spread of the lethal virus.

Metro Manila and most parts of the country have been placed under the more relaxed general community quarantine last June 1.

The government’s go-signal was only for pro basketball and football.

More than half of SMBs in SEA admit lack of visibility,...