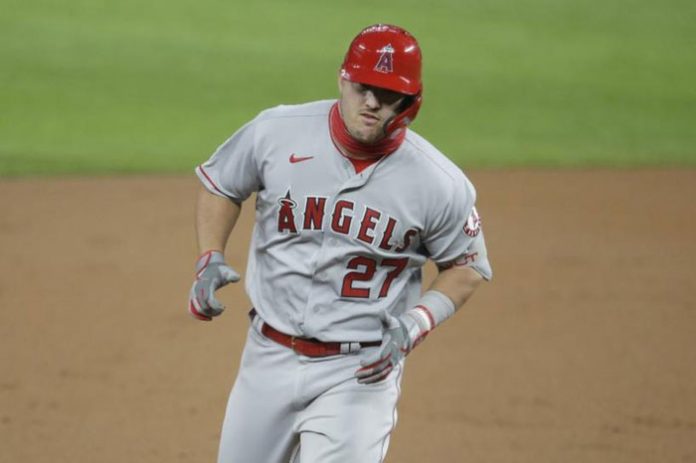 A MODERN but unique signed baseball card featuring Mike Trout of the Los Angeles Angels has been put up for auction – with bidding starting at a cool $1 million.

Vintage baseball cards have long been seen as collectibles, with a record $3.1 million paid for a 1909-11 card four years ago.

In recent years, the cards of modern-day players have surged in value as well, based on the individual’s prowess.

Bidding for the 2009 Mike Trout card started at Goldin Auctions at $1 million. As of Tuesday, there were 10 bids, with a current bid of $1.45 million and the auction due to end Aug. 22.

That’s already a tidy profit for “Vegas” Dave Oancea, a sports betting consultant who said he bought the card for $400,000 around two years ago – when Trout was only 27.

“A lot of people had a lot of negative things to say, that I was crazy, you know,” Oancea told Reuters. “‘You could have bought a house,’ ‘You could have bought this and that’, that I’m stupid and it’s a piece of cardboard. But it’s ironic now I’m going to make four or five million dollars.”

The value of this particular card lies in its uniqueness – it’s numbered one of one – and the skill of Trout himself, said Oancea.

“He’s just the best player to play. He always leads the league of WAR (Wins Above Replacement) which is huge in baseball statistics,” he said.

Heat wave returns to Australia on first day of...