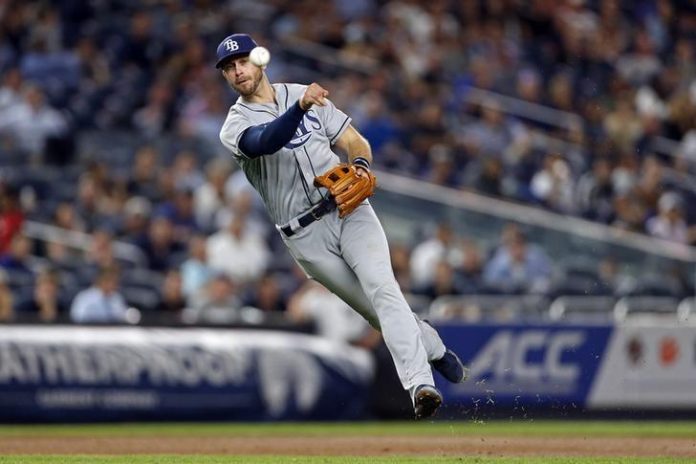 NEW YORK. — A proposal from Major League Baseball (MLB) to bring back live games would see players’ salaries slashed, with higher-earning players taking a bigger hit, ESPN reported on Tuesday here
MLB and its players’ association are in negotiations to resume games without fans at stadiums after the novel coronavirus outbreak put the 2020 season on hold.
Under the league’s latest proposal, a player making $35 million in annual salary would only earn $7.8 million for the 2020 season, ESPN reported, while a player who earned $1 million would make $434,000.
The players’ association called the cuts “massive,” according to the Athletic here and was reportedly disappointed by the league’s proposal.
A league spokesman declined to comment on the negotiations and the MLBPA did not respond to a request for comment.
Several professional sports in North America are taking steps towards resuming, with the PGA Tour expected to start up again in June and the National Hockey League outlining a plan for a 24-team playoff competition on Tuesday.
NASCAR has already resumed racing.
Earlier this month, MLB proposed rigorous screening and testing of players, as well as mandatory social distancing procedures, in its safety guidelines for potentially returning to action during the COVID-19 pandemic. —Reuters