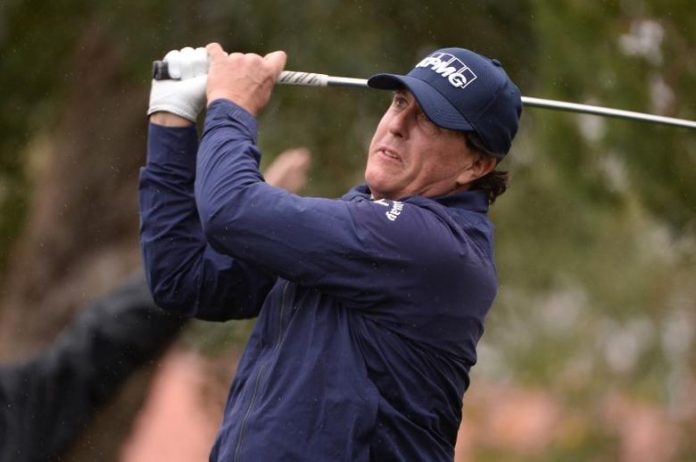 Mickelson will team with Tampa Bay Buccaneers quarterback Tom Brady against Woods and Peyton Manning in an event that will raise at least $10 million for coronavirus relief efforts. The Match will take place at Woods’ home course of Medalist Golf Club in Hobe Sound, Fla.

“I can’t wait to go to Tiger’s place and take him down,” Mickelson said in a phone call with Golfweek. “Tiger thinks he has a huge advantage playing there because he was insistent that this event is played on his home course. Despite everyone else wanting to play it elsewhere. That’s fine. We’ll take it to him and Peyton.

“There will be no excuses. It’s his home course but Tom and I are going to go down there and put it to them, and we’ll make it that every time Tiger shows up at his home course, he’ll have a bad memory.”

Those are strong words considering that Mickelson has never played the course, however Lefty made it right in Match I two years ago when he won the $9 million winner-take-all battle in Las Vegas.

Mickelson, in fact, made sure Woods could see the trophy in the background during some early good-natured trash talk. Woods responded by draping his green jacket won at The Masters over him.

Perhaps Mickelson’s confidence for the upcoming event stems from his teaming with his decorated partner, who knows a thing or two about winning. Brady has won six Super Bowl titles with the New England Patriots.

“I’ve played with Tom a few times. I’ve played with him at Augusta National and Friar’s Head and I’ve seen him hit some remarkable shots and I’ve seen him hit some shots that you wouldn’t be so surprised he hit,” Mickelson said. “But his strength is he is a very good putter and he hits the ball a long ways and he’s good with his short irons. If I can get the ball in play I think we’ll have a chance on the back-nine modified alternate-shot platform.”

Funds from the event will go to organizations that are providing supplies to health workers, collecting plasma for COVID-19 treatment, helping small businesses survive during the pandemic and feeding those in need.

The PGA Tour is on hiatus until June 11, when the Charles Schwab Challenge at Colonial is scheduled to begin in Texas. —Field Level Media