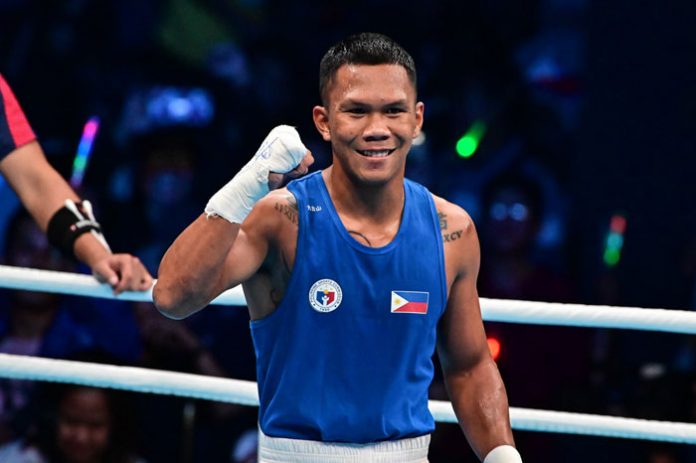 OLYMPIC-bound boxer Eumir Felix Marcial yesterday announced that he has signed up with Manny Pacquiao Promotions, the outfit owned by the Filipino boxing icon, to handle his professional ring career for the next four or possibly six years.

The 30th Southeast Asian Games gold medalist said the contract he signed with the outfit of the fighting senator was “four plus two.”

“If I become a world champion in the next four years then the contract will be extended for another two years,” Marcial explained, adding the contract came with a “significant” signing bonus, although he declined to say how much.

The boxer, who ruled the men’s middleweight division of the Asia-Oceania Olympic boxing qualifiers in Amman, Jordan last March to secure his ticket to the 2021 Tokyo Olympic Games, had earlier dropped hints that he wanted to join Pacquiao’s outfit.

Association of Boxing Alliances in the Philippines president Ricky Vargas welcomed the development in a statement released through ABAP secretary-general Ed Picson.

“Yes, Eumir informed me about this. I told him I am very happy for him, wished him well and said now he can focus on his career. He is in good hands with Sen. Pacquiao,” Vargas said. “I likewise reiterated that ABAP is all out in support of his quest and he is always welcome to our training camp.

“If he needs any help his ABAP family and coaches will be there for him always.  I also thanked him for his commitment to train hard and represent our country in the Olympics.”

Marcial, 24, said he was relieved that a big load was lifted off his shoulders, adding he could now concentrate on his preparations for the Tokyo Olympics.