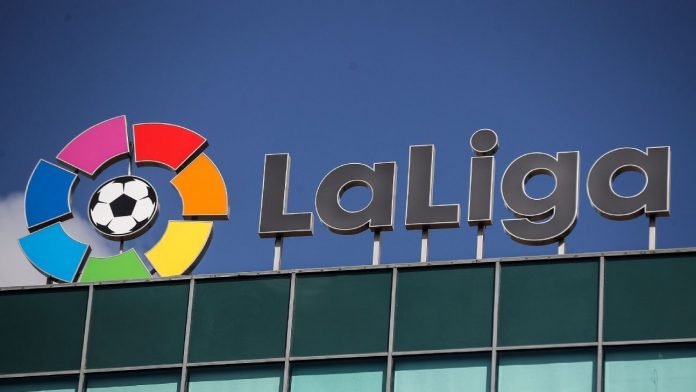 BARCELONA. — Spanish soccer has edged closer to returning after a long pause due to the COVID-19 pandemic after La Liga president Javier Tebas confirmed clubs in the top two divisions will begin training in groups of up to 10 players from Monday.

The return to group training follows a government announcement on Saturday allowing sports teams to return to activity regardless of the status of the lockdown in their own region.

Previously, only teams from regions that were in phase one of the de-escalation of the national state of emergency would be able to return to training in groups. The provinces of Madrid and Barcelona are currently in phase zero.

“The confirmation of the return of group training will help to level up to standardize training,” Tebas told Spanish television station Movistar on Sunday.

“It’s very important that all teams are training at the same level and we are grateful that is now the case.”

All organized soccer in Spain has been indefinitely suspended since March 12, with Tebas previously warning that clubs would lose up to one billion euros if the season was not allowed to be completed.

Clubs began individual training earlier this month and the next step will be for them to move to full training before resuming matches without spectators, which must first be approved by the government’s department for health.

Tebas reaffirmed that he hopes matches will start up again from June 12 and said he was feeling even more optimistic about being able to complete the season after the Bundesliga became the first major European league to resume action this weekend.

“I’ve sent my congratulations to the Bundesliga because they have made a tremendous effort,” he added.

“We have worked very hard along side them in these last few months, exchanging protocols and ideas and I’m very proud of the Bundesliga because it wasn’t easy but they were the first and they are an example to follow.”