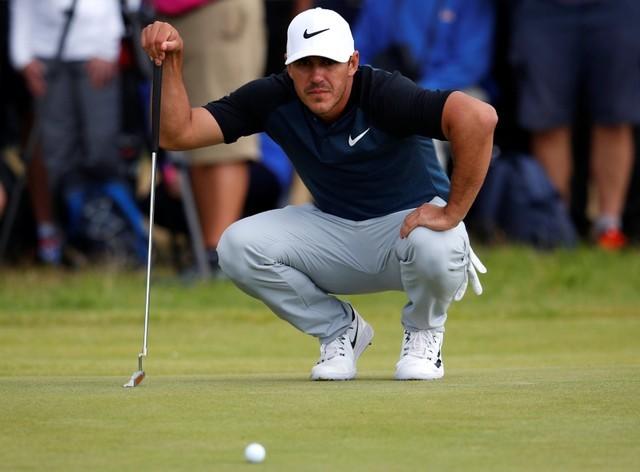 WORLD No. 3 Brooks Koepka said he is ready to return to competitive golf, whenever that time comes.
As it stands, the next event on the PGA Tour schedule is the Charles Schwab Challenge beginning June 11 at Colonial Country Club in Fort Worth, Texas. It was initially slated to be held May 21-24.
Golf, like the majority of sports, has been halted since March because of the coronavirus pandemic.
“Whatever that first week back is” will be his next event, Koepka told the Dan Patrick Show on Tuesday. “Supposed to be Colonial right now. Whenever that first tournament is, I’m going to be there, I’m going to be ready. It’s exciting to have something to look forward to.”
Koepka, who has wins in four majors among his seven PGA Tour victories, fared well in his one previous appearance in Fort Worth. Two years ago, he fired a final-round 63 to finish in second place behind Justin Rose.
On Tuesday, Koepka admitted that it’s difficult to keep focused on his game given the world’s events.
“I think that was what was killing everybody was the unknown,” Koepka said Tuesday. “Just to have something back now that we can get back now into the swing of things and start looking forward to playing golf again competitively. It’s one thing to go play with your boys and it’s a completely other thing to go tee it up in the real thing.”