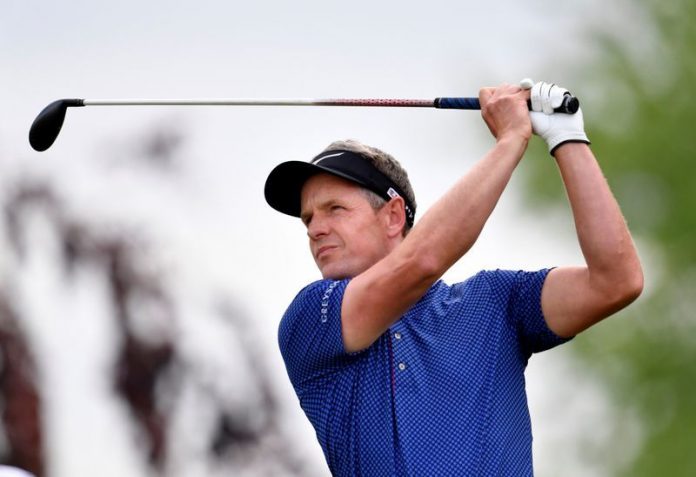 EUROPE captain Padraig Harrington let slip that former world number one Luke Donald is one of his vice-captains at this year’s Ryder Cup during a live broadcast on Tuesday.
Harrington was on the Sky Sports Golf Show discussing, among other things, whether this year’s event would have to be played without fans present due to the COVID-19 pandemic when he let the cat out of the bag.
“I’m trying to be prepared as much I can,” he said. “I’ve had phone calls today with (Ryder Cup director) Guy Kinnings and yesterday I talked to Luke, my new… whoa, I possibly said the word, then… one of my vice-captains.
“Is this live? That is not to be announced yet!”
Donald tweeted a clip of the interview, accompanied by the message: “I thought this was supposed to be a secret @padraig_h,” prompting a reply from his skipper.
“Sorry about that. News was too good to keep under wraps! Welcome to the Team,” Harrington responded.
Donald joins Sweden’s Robert Karlsson as part of Harrington’s brain trust for the biennial event, which is scheduled to take place from Sept. 25-27 at Whistling Straits in Wisconsin.
The 42-year-old Donald has never finished on the losing side as a player in four Ryder Cup appearances, winning 10-1/2 points from his 15 matches.
Donald also served as vice-captain alongside Harrington under Thomas Bjorn when Europe regained the Ryder Cup by beating the United States at Le Golf National in 2018. —Reuters