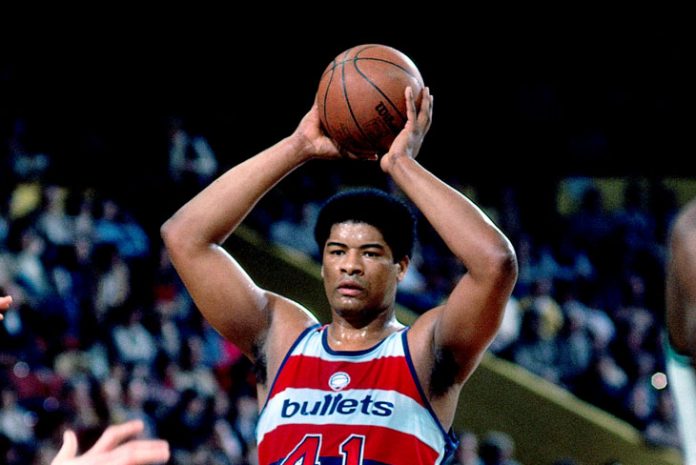 BASKETBALL Hall of Fame center Wes Unseld, an elite rebounder who led Washington to its only NBA championship in 1978, died on Tuesday, aged 74, his family said.

Unseld, who along with Wilt Chamberlain is one of two players to win NBA Rookie of the Year and Most Valuable Player honors in the same season, died following lengthy health battles, most recently with pneumonia.

“Wes Unseld was one of the most consequential players of his era,” NBA Commissioner Adam Silver said in a statement. “Wes elevated the game by mastering the fundamentals.”

The second pick in the 1968 NBA Draft, Unseld turned the Bullets around in his rookie year by leading them to 21 more victories than the previous year and the team’s first ever playoff appearance.

A bruising center with an awesome outlet pass and a nose for the ball, Unseld was troubled by knee problems his entire career but always played a physical game. He retired in 1981 as the league’s seventh all-time leading rebounder.

The pinnacle of Unseld’s career came in 1978 when he led the Bullets, who rebranded themselves as the Wizards in 1997, past Seattle for the NBA championship and was named Finals Most Valuable Player for his efforts.

NBI ordered to step up search for lawyer