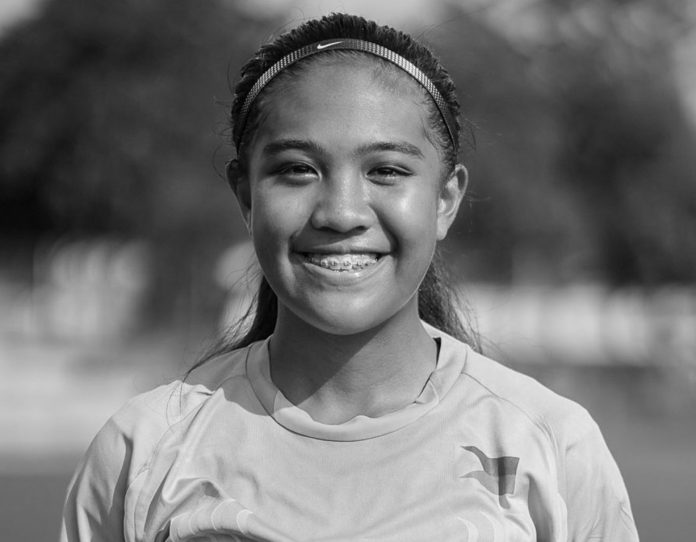 THE local football community is mourning the passing away of young national booter Celestina Beatrice Luna, who died last Tuesday due to arteriovenous malformation. She was 16.
“The Philippine Football Federation, its officials and staff, join the entire football community in mourning the loss of PH Under-15 national player Celestina Beatrice Luna, who passed away Tuesday,” the PFF posted on its website yesterday.
Her disease is described by the US-based Mayo Clinic as “an abnormal tangle of blood vessels connecting arteries and veins, which disrupts normal blood flow and oxygen circulation.”
A Baguio City native, she last saw action for the National U-15 girls squad that placed fourth last year in the AFF U-15 girls championship in Chonburi, Thailand, highlighted by a goal in the Pinay booters’ 12-0 rout of Timor Leste. The team was coached by Rachelle delos Reyes.
“You have made your parents and family proud. Your friends, teammates, coaches and teachers. You made your country proud. You made us all proud. It truly was an honor and privilege having you. Thank you @Beyuuuh1, now rest well,” the official Twitter account of the Philippine National Women’s Team said in tribute to the athlete.
“Andaya kakastart mo pa lang ng national team journey mo. Thanks for allowing me to know you. I promise to pray for you Bey. Rest in Peace,” teammate Mikaela Jacqueline Villacin tweeted upon learning of Luna’s death.
Known for her bubbly personality, Luna collapsed a few days ago in Baguio and was hospitalized before going into a coma last May 25.
Even former Philippine Azkal James Younghusband paid his condolences to the youthful footballer, tweeting: “My condolences to the family and friends for the loss of Philippine Girls Under-15 National Team Player Celestina Beatrice Luna.”
Former Fil-Canadian Maldita Patrice Impelido, upset over the death of Luna, posted a broken heart on her Twitter account to show how she felt for the grieving family.