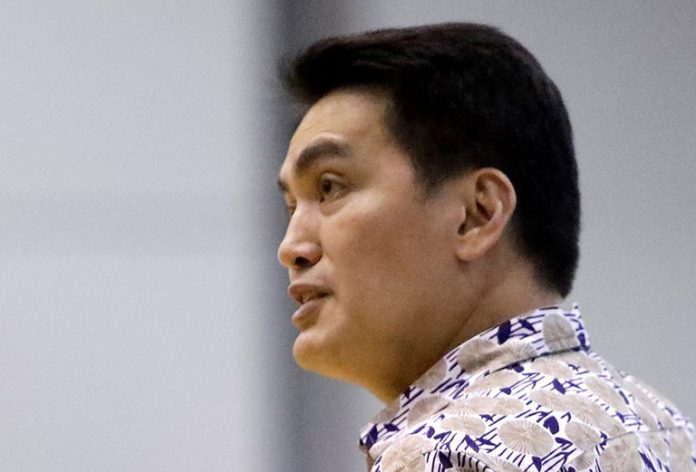 IF NOT for the COVID-19 pandemic, Adamson University should have already been in the deep stages of its preparations for the 83rd UAAP basketball tournament.

While the global health crisis has mothballed their buildup for next season, Soaring Falcons coach Franz Pumaren said his charges are not taking their feet off the pedal.

There’s no room for complacency.

“Those who are staying in the dorms have been doing skills training,” Pumaren told Malaya-Business Insight yesterday.

Adamson wound up with a 4-10 card last year for sixth and failed to reach the Final Four for the first time since Pumaren took over at the Falcons’ helm from interim strategist Mike Fermin in late 2015.

The San Marcelino-based crew lost gunner Valandre Chauca, who was drafted 46th overall and signed up by TNT in the pro league, and big man Simon Camacho due to graduation.

Pumaren is convinced the future looks bright for the Falcons.

“I have a crop of young guys that can be labeled as future superstars in the UAAP,” related Pumaren last year.

“The way I look at them, they will be playing in the pros right after their collegiate years.”

The UAAP, usually kicking off in September, has yet to announce its plans for Season 83 after the remainder of its Season 82 was terminated last month due to COVID-19.

As an elected councilor in the 3rd district of Quezon City, Pumaren is also doing his job for his constituents.

“As a councilor, I have been busy passing measures that would help alleviate problems caused by COVID-19,” said Pumaren, 56, also the city council’s majority floor leader.

“I have also been distributing relief goods to help out my constituents.”

POEA to issue guidelines on lifting of deployment ban