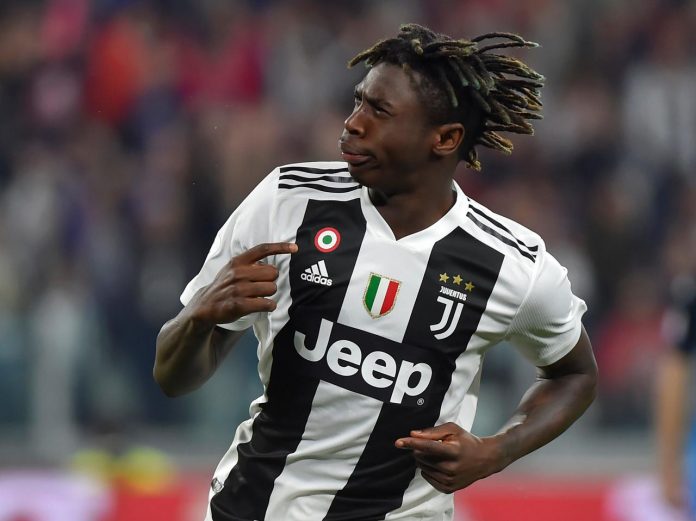 LONDON. — Everton says it is “appalled” after images emerged in the media showing Italian striker Moise Kean flouting government lockdown rules by hosting a house party.
The 20-year-old, who joined from Juventus last summer, was reported by British media to have filmed himself at his apartment partying with guests.
“Everton Football Club was appalled to learn of an incident in which a first team player ignored Government guidance and club policy in relation to the coronavirus crisis,” the Premier League club said in a statement.
“The club has strongly expressed its disappointment to the player and made it clear that such actions are completely unacceptable.
“Everton has regularly stressed the importance of following all the Government guidelines — including rules and advice for inside and outside of the home — through a series of official communications to all staff members, including players.”
British soccer has been suspended since mid-March due to the COVID-19 pandemic that has killed at least 20,000 people in the country. A return is not imminent with the best-case scenario being a re-start in mid June.
Soccer has been in the spotlight with clubs and players coming under scrutiny about their response. Tottenham Hotspur and Liverpool both came under fire for furloughing non-playing staff — decisions they later reversed.
Kean is not the only player to flout rules during the lockdown. Manchester City’s Kyle Walker could be disciplined after British media reported he broke lockdown rules by hosting a party involving two sex workers.
Walker apologized for his actions in a statement, saying he had let down his family, friends, club, supporters and the public.
Tottenham’s Serge Aurier and Moussa Sissoko apologized after a photo emerged of them training together while Tottenham manager Jose Mourinho “accepted his actions were not in line with protocol” after holding a one-on-one training session in a public park with midfielder Tanguy Ndombele.
Players and clubs have offered support throughout the crisis though. Premier League players joined forces to start the #PlayersTogether initiative to raise money for the Britain’s National Health Service. —Reuters