LOS ANGELES. –  Sports fans and players across the world frustrated by canceled matches because of the coronavirus epidemic are turning to e-sports, with professional real-world athletes joining virtual game tournaments of football, auto racing and basketball.
“We’ve seen a dramatic increase in viewership” for e-sports broadcasts, said Todd Sitrin, senior vice president of Electronic Arts Inc’s Competitive Gaming Division, adding that the maker of battle-royale sensation “Apex Legends” saw an increase of two to three times its normal viewership in the first quarter of 2020.
“All the traditional sports have suspended their seasons and their broadcasts, so what we’ve seen is that fans are really searching for a way to get their sports fix”, Sitrin said. 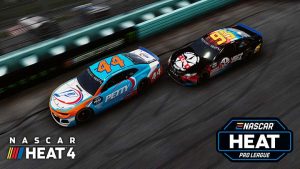 E-sports tournaments are largely available on game streaming platforms like Twitch, YouTube Gaming, Facebook Gaming and Mixer and are also broadcasted on TV channels including ESPN and Fox Sports.
Online streaming platforms recorded a 43% jump in viewership to nearly 495 million hours in the week starting March 29, compared to the week at the beginning of 2020, according to analytics firm Stream Hatchet.
Amazon.com Inc’s Twitch, which dominates the market for game streaming, recorded a nearly 60% jump in veiwership in March with over 1,300 million hours watched, compared to a year earlier, according to Superdata, a Nielsen company.
Besides online streaming platforms, viewership across TV broadcasts of tournaments has also seen a significant increase from January to March.
The March 29 race at the Texas Motor Speedway in the eNASCAR iRacing series, a popular simulation racing game, is the most viewed e-sports event ever on linear television as of March 30, according to Nielsen Sports.
Simulation racing games in e-sports provides an opportunity for professional drivers who are stuck home missing the competition and camaraderie on the tracks, said Steve Hood, president at Motorsport Games. But sports fans are hungry for any competitive action. Last week, ESPN said here it would broadcast League of Legends’ 2020 Championship Series Spring Split Playoffs, highlighting the online multi-player battle game and venturing beyond traditionally broadcasted sports like NBA, FIFA and NASCAR’s iRacing.
The move to League of Legends shows a real paradigm shift, said Charles Conroy, vice president of gaming at The Switch, a live video production firm.
“They’re no longer just pandering to normal sports fans and giving them a replacement (for live sports)”, he said. They’re actually showing true hardcore e-sports”.
Riot Games’ League of Legends is the most-watched game on Twitch in the first quarter of 2020, according to Superdata.