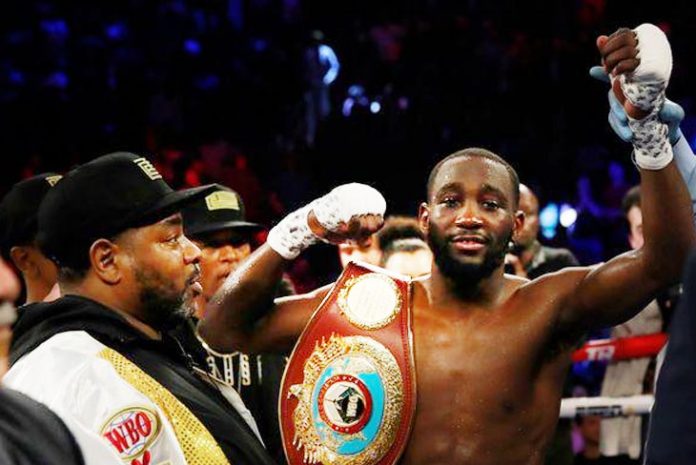 “We’ve been in contact with (Top Rank boss) Bob (Arum), and Manny and them, Crawford said on the ‘Ak and Barak Show’ late Monday (Tuesday in Manila) in a story posted by boxingscene.co m writer Keith Idec on the website yesterday.

“They (Pacquiao’s handlers) want the fight. We want the fight. So basically, we’re trying to figure out the money situation,” added the American prizefighter, who, at 32, is nine years younger than Pacquiao and is undefeated in 36 fights, spiked by 27 knockouts.

The “they” Crawford was likely referring to is MP Promotions chief Sean Gibbons, a former protégé and matchmaker of Arum.

Crawford has made three successful title defenses since wresting the WBO welterweight crown from Australian Jeff Horn with a ninth-round technical knockout victory on June 9, 2018 at the MGM Grand Arena in Las Vegas.

Crawford, however, said the title clash won’t be anytime soon while the worldwide contagion is still raging, which has also taken its toll on professional boxing that relies on a huge chunk of its revenues from ticket sales held in large and, at times, crowded arenas.

“You know, with this pandemic going on right now, it’s kinda hard to put on a big fight and no audience, not knowing how you’re gonna get your return back,” he noted. “We’ve gotta figure out all the details with that first before we can do that.”

Arum, who is Crawford’s promoter, earlier told Idec that he was in contact with investors outside the US who were keen on underwriting the Pacquiao-Crawford fight, although he did not say where the title match would be staged.

Crawford has insisted that his purse should be at par with Pacquiao’s in the event the encounter pushes through.

“He (Pacquiao) can’t even fight right now, you know, so it’s just not me,” the Omaha, Nebraska native said. “If the fight presents itself, it’s gonna be more money than I ever made in my career to date, probably. You know that fight can get made. It’s not like I’m the only one dealing with this.”

Is there a need for Bayanihan 3?