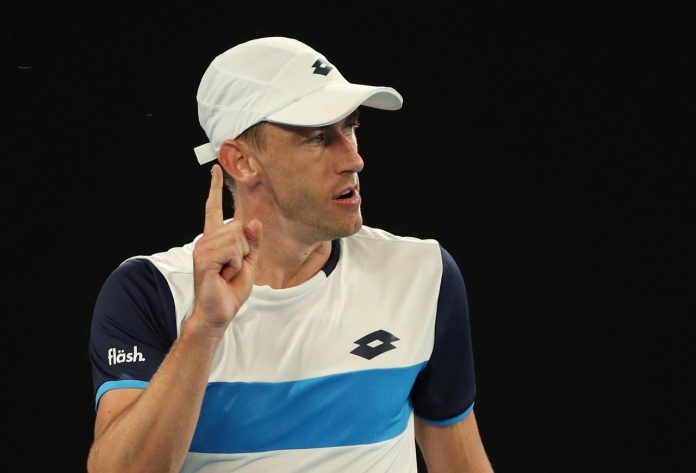 SYDNEY. — The timing of professional tennis’ return will reveal whether the tours and federations are more interested in making money or looking after the health of players, Australia’s John Millman said.

The professional game has been suspended since March because of the COVID-19 pandemic and the International Tennis Federation, WTA and ATP have put back plans for a resumption until August at the earliest.

Millman, a 16-year veteran of the ATP Tour and ranked 43rd in the world, says even that would probably be premature.

“I feel as if it is probably way too early to get back into it or even thinking about returning in August,” the 30-year-old told Australian Associated Press.

“Indian Wells, the last tournament we were meant to play, was cancelled because there was one case in the region. It is a bit of a contradiction if they say come August ‘there are cases around but you guys can travel and play some tennis’.

“But money talks at times and our hand could be forced, unfortunately.

“What is more important – money or the health of not just yourself but the community?” he added. “We will see what is tennis’ priority.”

Given players, many of whom can ill-afford it, have been starved of income during the lockdown, Millman thought it would be hard for them to resist the call to return whether they felt safe or not.

“Unfortunately, when the tour says we are back playing your hand is forced a bit because it is your career at stake,” he added.

Millman said he would have to be certain it was safe before returning to tournament play and did not anticipate that happening any time soon.

“For that to happen on a global stage, I think we are a fair way off that.”