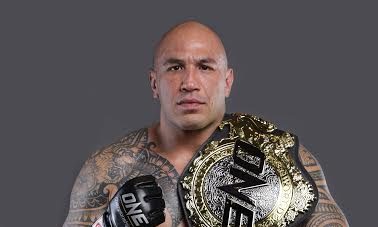 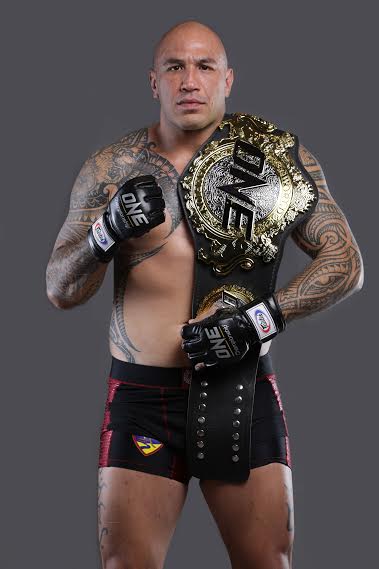 “BUY BUST” star and ONE Heavyweight World Champion, Brandon Vera, is preparing for many firsts in his life these days.

Currently spending his quarantine period with wife Jessica in Guam, the ONE Championship star reveals that he spends a lot of time farming: stocking, clearing, cutting, digging, and dumping junk from their farm land. He plans to build a barn that will double as a gym so he can stay in shape even at home.

Vera, the reigning ONE Heavyweight World Champion, isn’t preparing for any specific bout at the moment – what with his scheduled return to live action at the Mall of Asia Arena in Manila on May 29th still to be confirmed, due to the global situation caused by the COVID-19 pandemic. But the Fil-American sports and entertainment celebrity is definitely preparing heavily for a major milestone in his life: fatherhood.

Vera’s wife, Jessica, is in the second trimester of her pregnancy, and it won’t be long until they welcome their first child together into the world. Vera says he has to be physically and mentally prepared for something he’s been preparing for his whole life.

“I’ve been preparing for fatherhood my whole life with my nephews, nieces, and family. We have to be ready for the whole experience now – from packing the hospital bag when the time comes, all the way to helping our son grow as a self-contributing member to society in an amazing way,” says Vera.

With each passing day, Vera admits the excitement grows.

“I didn’t realize how excited I would be, and it increases every day. It does not stop! What I’m most looking forward to is hanging out with my son and seeing if I can help mold him into a better man than I could ever think of becoming,” he says.

They’ve already thought of a name for their son, Vera says, but fans will have to wait until the baby is born to find out.

“We’ve already thought of a name, but we’re not telling anyone! Not until we announce it the day he’s born…but it is a classic,” he says.

The heavyweight champ is also preparing to be a winner in the entertainment industry. Following his breakout role in the critically-acclaimed Filipino action film, “Buy Bust”, Vera has received more movie offers with more big roles in the future — one alongside a famous Filipino-Arabian model.

“We were in the middle of a new action film co-starring MJ Lastimosa, but we have postponed the rest of the film until the COVID-19 virus is under control and the environment is safe for all of the crew to resume working and creating,” says Vera.

Vera added that the movie has a projected late-2020 premiere, but that delays will obviously push everything back further in time.

Television also beckons to Brandon Vera. The Apprentice: ONE Championship Edition, hosted by none other than ONE Championship Founder, Chairman and CEO Chatri Sityodtong is pushing for a late-2020 release.

This version of The Apprentice – licensed under MGM Television and produced by ONE Studios — will feature 16 handpicked contestants from all over the world in a high-stakes game of business competitions and physical challenges. The winner will receive a US$250,000 job offer to work for a year directly under Sityodtong as his protege at the ONE Championship Global Headquarters in Singapore.

Being a businessman himself, Vera is excited for the new spin on the classic reality television series, and hopes to make a surprise appearance on one of the episodes.

“No doubt, I will be watching it and I will be recording every episode. I also hope to make a cameo guest appearance on it one day, but I don’t need the pressure of being in the corporate world,” Vera explained, adding that the pressure of competing on the biggest martial arts stage in the world is all the pressure that he needs.