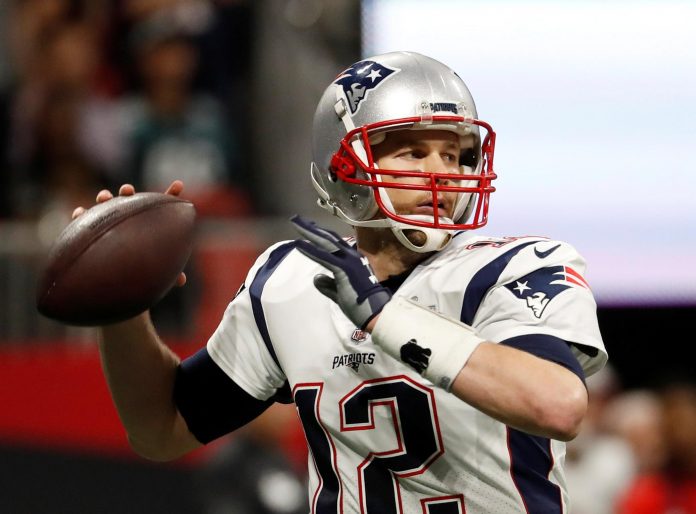 THE Tampa Bay Buccaneers announced Tuesday that quarterback Tom Brady will wear No. 12 with his new team, just as he did for 20 seasons with the New England Patriots.

Wide receiver Chris Godwin had worn No. 12 since 2017, when the Buccaneers selected him in the third round of the 2017 NFL Draft. He’s switching to No. 14.

The Buccaneers’ website said Godwin and Brady spoke on the phone after Brady signed his two-year deal with the Bucs on March 20, and Godwin told team reporter Casey Phillips he’d give up the number to the NFL legend.

“Obviously, if he doesn’t want it or isn’t making a big deal about it, I’m definitely going to keep it,” Godwin said. “But we’ll see how that goes. I think just out of respect for what he’s done, what he’s accomplished, just kind of the career he’s built for himself…you’ve got to kind of lean into that respect, you know?”

Godwin’s agent, Tory Dandy, told The Athletic there was no compensation from Brady for the jersey number.

“Gave it to him out of respect,” Dandy said.

Godwin has fared well while wearing the No. 12 jersey, recording 179 receptions for 2,700 yards and 17 touchdowns during his three NFL seasons and also while excelling in college at Penn State. The 24-year-old was selected to the Pro Bowl in 2019.

Other players to wear 12 in Buccaneers history include quarterbacks Doug Williams, Trent Dilfer and the McCown brothers — Luke and Josh.