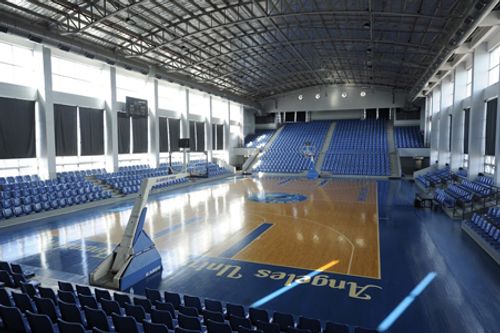 MERALCO and Phoenix Super LPG will seek an answer to some nagging questions when they open their campaign today in the PBA Philippine Cup bubble at the Angeles University Foundation gym in Angeles City.

The nightcap sees NorthPort and Blackwater Elite bidding to get off to a good start in the lone conference salvaged from the COVID-ravaged season and only by following the NBA’s lead and having the tournament played under very controlled, closed-off conditions.

No wonder Batang Pier coach Pido Jarencio considers it one for the record books.

Displaying their usual sharp form remains the biggest worry for each of the 12 teams since they were only allowed to start full-contact team practices last Oct. 1 and were barred from scrimmaging with other squads.

“Our conditioning is still a question mark because we haven’t played five-on-five versus an opponent,” was how Meralco coach Norman Black put it.

“But we will pace ourselves as best as possible,” added Black. “It’s important to get off to a good start in this conference.”

A big a concern for Black is Raymond Almazan’s status. The gangling center still has to get into full game-shape after months of inactivity following surgery on his left knee.

Since coming into the bubble last week Almazan has done some light drills, but it is still unknown whether he’ll be fit enough to play.

Phoenix interim coach Topex Robinson is also begging for an answer on whether Calvin Abueva’s suspension would be lifted by the PBA and he could finally play again after more than 15 months.

Abueva has completed all the medical requirements ordered by the GAB for a new pro license, but the PBA was still mum on whether the versatile but erstwhile tempestuous forward would be reinstated in time for today’s game.

Robinson said the Fuel Masters are ready to play, with or without Abueva. “Obviously, everyone (in Phoenix) right now wants him to play,” he said.

Whether he plays or not we have a responsibility to compete as a team. We have to perform sa abot ng kaya namin,” added Robinson.

The tactician also said it would be a matter of the other players stepping up.

“Marami kaming talents na naghihintay lang ng opportunity so this might be the one na hinihintay nila,” Robinson said. “We don’t know who it is, but we don’t expect it to be just one person. For sure, ‘yung void na ‘yun ni Calvin maraming mag-fi-fill noon for us.”

PBA Board tackles future of the league