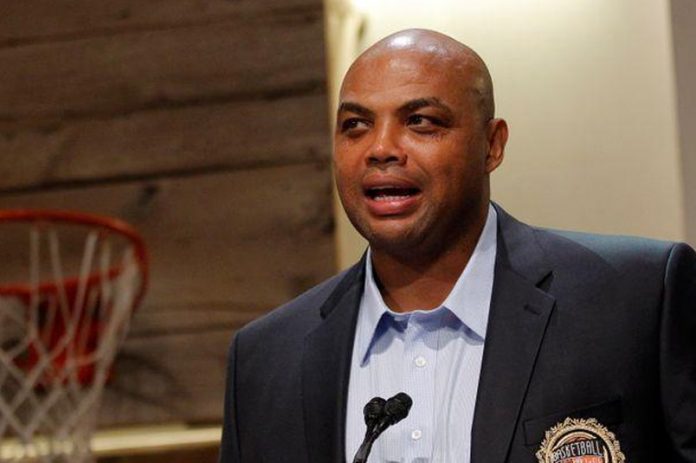 CHARLES Barkley laid out a possible ugly scenario for the NBA postseason if it is played this summer amid the coronavirus pandemic.

The Hall of Famer believes teams should be eliminated from the playoffs if one of their players tests positive for COVID-19.

“I think the one thing we’ve to go do is, how are we going to handle if one of our players gets infected,” Barkley said Monday on ESPN’s “The Paul Finebaum Show.” “That to me is the tricky part. You can’t stop the playoffs. I think a team is just going to have to forfeit a series if any of their players, not even their best player, gets the virus.

“It would be devastating for us in the NBA if the Milwaukee Bucks got taken out, even if it’s a guy who just is sitting on the bench, you would have to take the whole Milwaukee Bucks team, and the great player Giannis (Antetokounmpo), they would lose in the first round of the playoffs.

“This stuff is just uncharted waters. We’re going to have to learn as we go.”

Barkley added that both the nature of the game and the prospective living quarters for the players could put them at risk of infection.

“What about the people in room service? They’re going to go home every day. So it’s just a lot of unanswered questions.

On the positive side, Barkley does believe the suspended NBA season will come to a conclusion, citing knowledge obtained from his bosses at Turner Sports.

“I do know this, talking to my bosses at Turner: We’re going to play basketball. It’s gonna be in Florida and (Las) Vegas, or just Florida.”

Finebaum asked Barkley about the upcoming college football season, with the fate of play uncertain as different states deal with different realities within the pandemic.

“One thing I hope they don’t do is separate the teams and play the haves and the have-nots. I think that would be awful for the game,” Barkley said. “They are going to have a month or two of (hockey, baseball and basketball) to see how it goes before they have to make a really big decision — either play, delay or not play.

“College football and pro football, obviously they are the two King Kongs of the sports world, but they’ve got the longest leeway before they have to make a decision.”

The Monday interview came a day after Barkley made headlines for his work Sunday as a commentator on the charity golf match featuring Tiger Woods, Peyton Manning, Phil Mickelson and Tom Brady. Barkley mocked Brady’s poor play until Brady fired back after sinking a chip shot from the fairway.

“I was just really glad the guys had some fun,” Barkley told Finebaum. “You know, when you do events like that, if the guys are not having fun, it’s really boring. … It was awesome, and it gave us something to do on a Sunday afternoon.” —Field Level Media