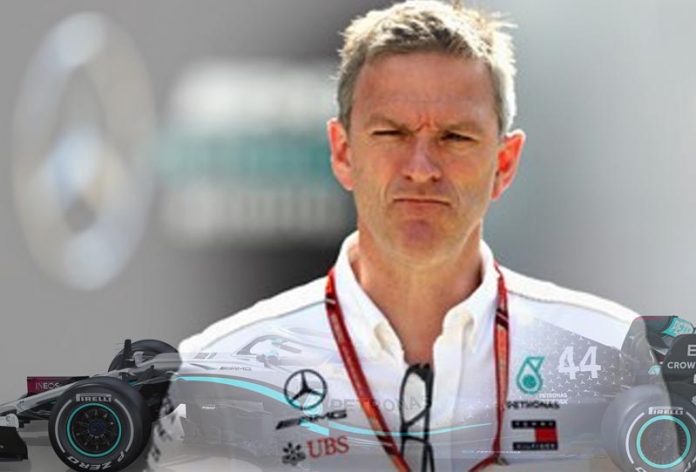 LONDON. — Mercedes technical director James Allison spoke on Sunday of his gratitude to the Formula One world champion and team boss Toto Wolff for their ‘gamble’ on a grieving man four years ago.
The Briton said he had been “something of a wreck” after his wife Rebecca died suddenly of meningitis in March 2016 while he was working with Ferrari in Italy.
“I am still grieving today four years on, but then I was crying in the car on my way into work and crying on the way home,” he said in a wide-ranging video interview conducted by Mercedes.
“I didn’t know what the right thing to do was, at the time most of me was just wanting to crawl into a hole and never come out again,” added the 52-year-old, who joined Mercedes in March 2017.
“But Toto gave me this opportunity and I hoped that as time passed that I would start to feel like I would want to re-engage with the world and by the time I was walking in the factory gates at Brackley I was feeling a little stronger and a little more useful.
“I was able to get a sense that despite the pain of losing Becca that there was still some use in me. As the weeks rolled by and turned into months and eventually years that gamble that Toto took on me I hope I have repaid by being useful.”
Mercedes were half way through a record run of six successive constructors’ and drivers’ title doubles when Allison joined.
Lewis Hamilton has won three more titles to stand on the cusp of equalling Ferrari great Michael Schumacher’s unprecedented seven.
Allison said Hamilton, now 35, stood out for his sporting integrity.
“He is one of the oldest drivers on the grid now, and still drives like one of the youngest,” he said.
“But in a career of multiple championships and countless wins, you will struggle to find a moment on the track where you will see Lewis do something ugly.
“You will see him do many, many breathtaking things, you will see him do brave things, but you won’t see just crude dodgem car stuff, or any sort of artifice to the way he drives,” he added.
Formula One’s season has yet to start this season due to the COVID-19 pandemic that has shut down most sport globally.
All 10 teams have agreed to close their factories for a period of 35 days in a row running into May.
Allison expected to see an ‘explosion’ of creative energy when his engineers and designers returned to work.
“I think this break will prompt all sorts of creative ideas in our team because quite often the best ideas come when you’re faced with a different challenge, when your mind is running free,” he said.
“I suspect when we get back having had our creativity and efforts stymied by the virus… we’ll have an explosion of creative effort amongst the whole team.”

Climate-driven surge in scrap use to slash metal demand