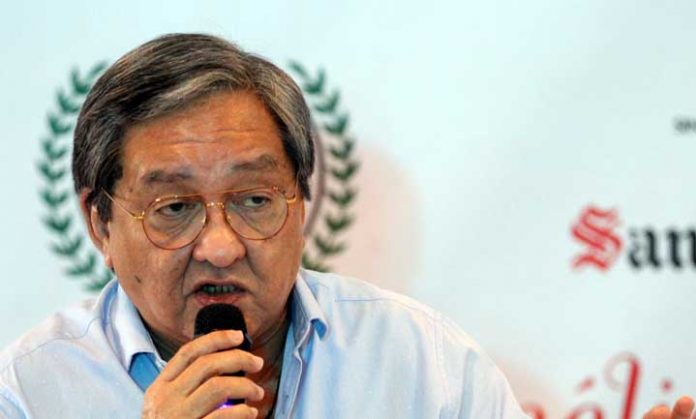 “For your information everyone, swab test came out negative for our boxer in Baguio,” Association of Boxing Alliances of the Philippines secretary general Ed Picson said said in a statement.

“Boxer is negative per PCR test,” echoed acting Philippine Sports Commission officer-in-charge Ramon Fernandez, who arrived in Manila from Cebu Monday night to assume his duties while chairman Butch Ramirez is on leave.

Ramirez went on leave over the weekend to attend to his wife, who is recovering from gallbladder surgery.

Picson had inadvertently mentioned the Bacolod City athlete’s name during the Philippine Sportswriters Association online forum that he graced along with ABAP president Ricky Vargas.

“We were informed by PSC physician William Occidental that one of our boxers tested positive after undergoing a rapid test,” Picson said,” but we were also told that the rapid test (for the COVID-19) is not accurate so he took the regular test last Saturday.”

Vargas likewise noted that “the rapid tests are sometimes inaccurate. This has happened in the past.”

There are currently 16 boxers training in Baguio City who had been cooped up there since the government imposed a lockdown in mid-March to stem the spread of the deadly 99 virus.

Picson wondered out loud how the boxer could have tested positive for the rapid test “when the only time this athlete goes out is during training or going to the nearby sari-sari store while wearing a mask. We pray everything turns out all right.”

PSC deputy executive director Atty. Guillermo Iroy Jr. explained that Baguio City authorities require all those leaving the city to undergo rapid tests before they are allowed to travel.

“This is why we have Dr. Occidental constantly monitoring our athletes there,” he said.

“Should anyone of them test positive, their stay there could be prolonged because they will have to go under quarantine and treatment.”

Given a clean bill of health, the boxers and coaches will now be allowed to return to their respective hometowns, with Petecio heading home to Davao City and Magno leaving for her hometown of Iloilo City, according to Picson.