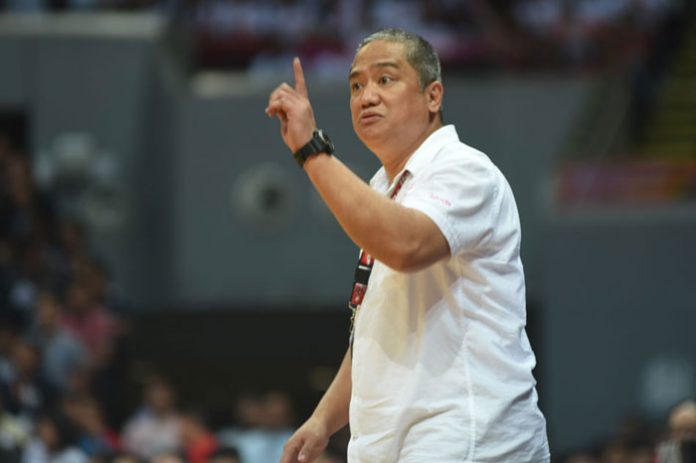 NINE months after their three-year reign came to a screeching halt, San Beda University coach Boyet Fernandez said he has licked his wounds.

“I will not deny it. It still hurts until now, but I’ve learned to live with it,” Fernandez told Malaya-Business Insight yesterday.

“All the players are doing their quarantine workouts diligently. We are hoping that once the government will allow collegiate teams to practice, everybody will be ready to go,” he added.

The Red Lions were gunning for their fourth straight title and 23rd overall in the last NCAA cage wars. San Beda looked poised to do just that after the Lions posted an 18-0 elimination round sweep and gained an outright finals slot.

The Mendiola-based crew, however, lost to rival Letran in the Big Dance in three epic games.

Amid the lingering health risks and uncertainties posed by the dreaded COVID-19 pandemic, the NCAA is eyeing to launch its 96th season, set to be hosted by Letran, early next year.

The league will also implement its decision to ban foreign players in all sports.

That’s fine with the Lions, who were successful playing with imports such as Nigerians Sam Ekwe and Ola Adeogun, American Sudan Daniel, and Cameroonians Arnaud Noah and Donald Tankoua in the last 14 years.

“As for the decision about foreign players, as what I’ve always been saying, San Beda respects the decision and will abide by the rules governing the NCAA,” Fernandez said.

A former 11-year pro league veteran and champion coach with Sta. Lucia, Fernandez, who has four NCAA crowns and six PBA D-League titles, is convinced his charges can redeem themselves next season.

“Our team will be ready when the NCAA starts next year.”

Aside from the 6-foot-5 big man Tankoua, San Beda lost ace playmaker Evan Nelle, who moved to La Salle in the UAAP, and guard Clint Doliguez, who was drafted and signed up by Rain or Shine in the PBA.