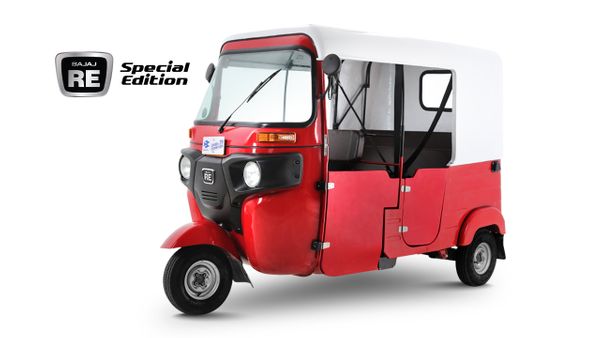 
After three (3) long years of pursuing for the proper registration and classification for three-wheeled vehicles and quadricycles, Trimotors Technology Corporation – the exclusive distributor of Bajaj three-wheelers in the Philippines has seen one of its dreams come to fruition.

With the hopes of providing a better mode of last mile transportation for the Filipinos, top executives from the larger J-del group of companies, where Trimotors is part of, saw the possibility of bringing Bajaj RE to the country when they visited India in 2014. Trimotors Technology Corporation was established to import, assemble and distribute Bajaj RE in the country since 2015 up until now where it has ﬁve (5) assembly plants strategically positioned to serve the growing market with currently more than 50,000 running units and additional models that were launched . Since then, Trimotors has been continuously coordinating with different government organizations through the close monitoring of Eileen C. Gigante, the Head for External Affairs of Trimotors, just to fix the conflict in terms of the three-wheeled vehicle registration.

The company has gone through different challenges along the way but with the support of those who endlessly believe in their capability everything is worth trying. Behind the lengthy process a favorable decision has been made. Based on the newly released memo by the Land Transportation Office (LTO) Memorandum Circular No. 2020-2227,  it is stated that Private and For Hire three-wheeled vehicle as well as Quadricycle will primarily be classified as Motorcycle-Tricycle or Non-Conventional Motorcycle but with the future developments and upon operationalization of the new Land Transportation Management System the three-wheeled vehicle (L5), Light Quadricycle (L6), and Heavy Quadricycle (L7) motorcycles previously registered as Motorcycle-Tricycle or Non-Conventional Motorcycle will be registered as Three-wheeled Vehicle (TWV).

In addition to that, given their roadworthiness,  these types of vehicles may be allowed to pass through secondary national highways if no alternate routes were designated by the local government units (LGUs) and that they must use the outer most lane or the right most portion of the road.

It is indeed a breakthrough, not only for Trimotors but the three-wheeler industry which marks a history in the landscape the of the Philippine transportation. For more stories and information, find us on fb.com/BajajPhilippines or visit www.bajaj.com.ph