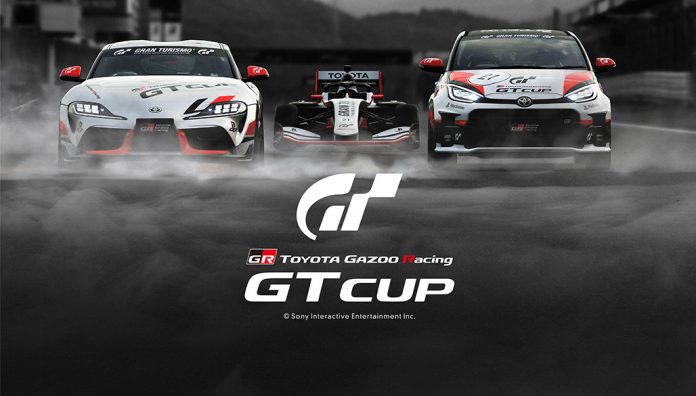 WHO WILL BE THE FASTEST GR DRIVER?

The TGR GT Cup is a new global series in which the GR lineup, including GR road vehicles and dedicated racing cars, will participate in competitive racing throughout a season. In addition to the GR Supra and GR Yaris, the recently-announced GR 86 is scheduled for introduction in the middle of the year. By varying the car models for each round, players can enjoy virtual racing with a variety of cars, something that is difficult in real-life motorsports.

Partly because of the effects of COVID-19, 2020 was a year in which people paid more attention to e-Motorsports than ever, as exemplified by the hosting of the Virtual 24 Hours of Le Mans. Many players from all over the world also participated in the GR Supra GT Cup and the GR Yaris Time Trial, hosted by TGR.

In addition, after being featured in Gran Turismo SPORT, approximately 1.30 million GR Supra and 530,000 GR Yaris vehicles were purchased, indicating that many players all over the world enjoy the GR models.

TGR plans to continue an active engagement in e-Motorsports so that motorsports and sports cars will become more familiar to people all over the world and be enjoyed by many generations to come.

＊2 Under the laws of the participating countries or regions, even if participants are in the top qualifying rounds online, they may not be able to participate in the final.

＊Schedule and course are subject to change.

Start Time (differs according to the five regions below)

＊Rd.4 will start 30 minutes before the above times. Start time is subject to change.

Detailed information including the circuits to be used in each round will be published in due course on the TGR GT Cup section of the TGR official website.
URL：https://toyotagazooracing.com/e-motorsports/
Also, entries for each race will open 15 minutes before the start of each race at “sports mode” of the “Gran Turismo SPORT”.