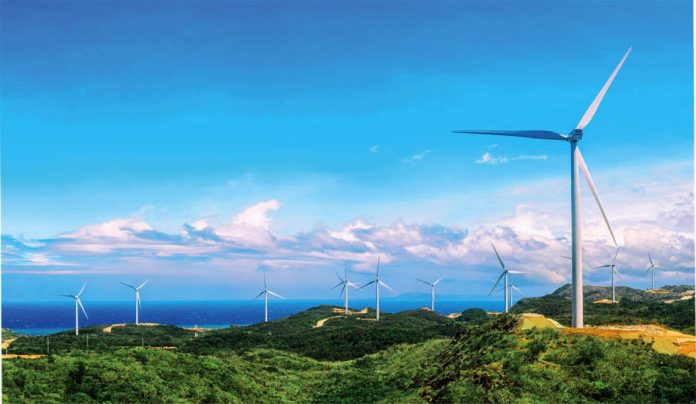 Cleaner is better. There’s no easy way to argue against this. And when the math shows that the clean path is in fact good from an economic point of view, then there remains no better path to take. Good for the environment and good for the economy certainly makes a better than- good argument for renewables.

The Philippines is a net importer of fossil fuel, which is costlier but considered to be more convenient. But fossil fuel is finite, and dangerous. That fact is why global calls for cleaner alternatives are growing louder and more urgent. Thus, renewable energy.

Southeast Asia’s overall demand for energy is expected to grow 60 percent by 2040, according to United Nations Environment Programme (UNEP). With rapid industrialization and growing incomes, 205 million people in the region are projected to move to cities and urbanized areas by 2050. The energy demand which, according to the World Economic Forum, increased by 80 percent since 2000 will further skyrocket. The region however is heavily dependent on oil to meet its energy needs. In fact, the WEF said that renewables meet only 15 percent of the heavy demand.

The call for green sources is growing louder as increasing demand for fuel is putting pressure on the energy system and, of greater concern, carbon emissions are endangering the community and the planet as a whole.

In the country, the Philippine government has committed to raising to 50 percent by 2030 the share of renewables in its total electricity generating capacity. This would help meet the country’s commitment to the Paris agreement on climate change to cut carbon emissions by 70 percent by 2030.

“Now is the time to give renewable energy sources a boost as recent months have shown an increase in the generation of some power sources such as solar, geothermal, and biomass,” said Senator Sherwin Gatchalian, who chairs the Senate energy committee.

The DoE said that “The harnessing and utilization of renewable energy comprises a critical component of the government’s strategy to provide energy supply for the country. This is evident in the power sector where increased generation from geothermal and hydro resources has lessened the country’s dependency on imported and polluting fuels. In the government’s rural electrification efforts, on the other hand, renewable energy sources such as solar, micro-hydro, wind, and biomass resources are seeing wide-scale use.” 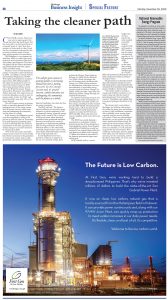 Several pieces of legislation have been passed by Congress in support of the use of renewable energy, these include the Electric Power Industry Reform Act (2001);[6] the Biofuels Act (2006), which encourages the use of biomass fuels; the Renewable Energy Act (2008) which promotes the development, utilization, and commercialization of renewable energy resources; and the Climate Change Act (2009), which provides a legal basis for addressing climate change through sustainable development.

In response to growing concerns over climate change, major oil companies are diversifying into renewable and low carbon energy, according to market research provider S&P Global. The International Energy Agency (IEA) has forecast the world’s total renewable-based power capacity to increase by 50% between 2019 and 2024. That’s only four years away to complete, and it can’t come soon enough.

The DOE has recently declared a moratorium on coal plants; a timely decision in the face of low demand in a slowing global economy. Even the giant industrial firm Toshiba has recently announced it has stopped taking orders for coal-fired power plants and is eyeing $1.5 billion investment in renewables as the Japanese government targets zero-carbon goal.

DOE officials said in a recent budget Senate hearing that the total awarded renewable projects reached 1,038 in December 2019 comprising the equivalent potential capacity of 31, 886 megawatts (MW). Based on the same data, existing projects have an installed capacity of 5,053 MW, with geothermal (38 percent) and hydro (22 percent) projects putting in the largest shares.

The government can do better. Gatchalian said cutting the red tape for renewable energy projects and ensuring that the mechanism that streamlines the permitting process should be a foremost goal.

“The whole world is moving to energy and mobility transition so we need to keep up with the trend of generating power from renewable sources,” Gatchalian said, adding that even green hydrogen should be in the mix. The cleaner path is not without blockages, not without obstructions that make the going slow and arduous at times. Costly installation, unpredictable availability, more storage space required, and may not be available everywhere.

These are acknowledged drawbacks, yet the benefits of using what’s natural and infinite clearly far outweigh the inconvenience. Renewables can’t be depleted, they cost less money to maintain, if at all, and they are good for the environment. Who could and would argue and win against what offers win-win solutions for the economy, for the community, and for the planet. Renewables are clean, and clean is the path to take. The National Renewable Energy Program (NREP) outlines the policy framework enshrined in Republic Act 9513. It sets the strategic building blocks that will help the country achieve the goals set forth in the Renewable Energy Act of 2008. The NREP signals the country’s big leap from fragmented and halting RE initiatives into a focused and sustained drive towards energy security and improved access to clean energy.

The NREP sets out indicative interim targets for the delivery of renewable energy within the timeframe of 2011 to 2030. The NREP lays down the foundation for developing the country’s renewable energy resources, stimulating investments in the RE sector, developing technologies, and providing the impetus for national and local renewable energy planning that will help identify the most feasible and least-cost renewable energy development options. The NREP proceeds from the assumption that certain activities can be taken right away; while others will take time to implement. As a national program, it will require periodic review to ensure it conforms to the policy objectives set out in RA 9513.

Beyond the scale, however, are fundamental issues of transmission and grid integration for intermittent RE resources. Social and economic impacts cannot be overlooked. These are issues that will be kept under close review. Action shall be taken toward meeting the challenges of balancing the country’s energy security needs and the over-riding goal of providing clean, affordable, and sustainable energy for all.

The NREP promises a continuing and well-coordinated effort to drive development in the RE industry, promote technology advancements, and achieve economies of scale. It provides the basis for national and local renewable energy planning that will identify specific actions and times upon which outcomes will be generated. Such plans will factor in cross-cutting issues and essential interventions in the areas of transmission development and integration, energy efficiency, off-grid electrification, climate change, technology transfer and development, local capacity building, and partnerships.

Given the dynamic nature of the country’s energy sector, the NREP is a living document. Forecasts and targets will be updated periodically as key developments in the energy sector emerge. Programs will be reviewed. Deployment of RE projects will be monitored to ensure that stakeholders make good on their promise to deliver. Above all, partnerships will be enhanced to ensure a country-wide approach in developing the country’s renewable energy resources.