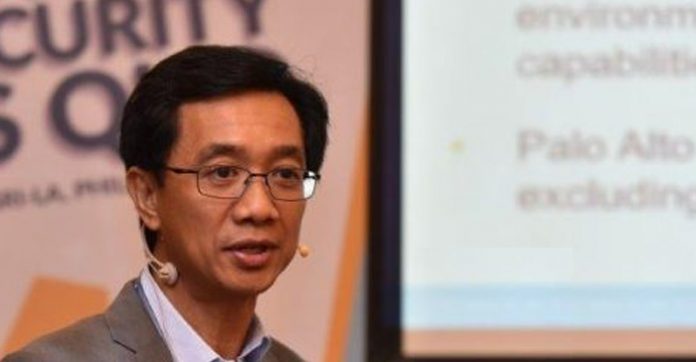 PHILIPPINE companies have been smarter and more mature in their cybersecurity investments, going beyond anti-malware and anti-virus software and putting money into next generation anti-cybercrime solutions. This is according to a report published by Palo Alto Networks called the “State of Cybersecurity in Asean 2020.”

“It’s encouraging to see that Philippine companies are consistent in giving due importance and attention to cybersecurity. This underscores businesses’ growing awareness on the importance in preventing successful cyberattacks that have the potential to disrupt businesses, as we’ve seen in recent years,” Oscar Visaya, Palo Alto Networks’ country manager said in a virtual press conference last week. Visaya said that in the whole region, Philippine companies have become more aware of the complexities, rather than just the kinds of cyberthreats. The rise of the attacks, from simple ones like a website defacement, those that involve data privacy breaches and extremely complex fintech hacks have led 1 in 2 companies surveyed to increase their cybersecurity budget compared to 2019.

Almost 43 percent of businesses allotted the majority of their IT budgets to cybersecurity citing the need to upgrade existing security frameworks, and to move to automated technologies (67 percent) to stop the growing volume of cyberthreats (63 percent). More than half (57 percent) said they invested more as a result of a cyber risk assessment.

Alongside popular solutions such as anti-malware and antivirus tools (86 percent) as well as next-generation firewalls (59 percent), almost half the respondents (47 percent) said their companies have begun investing in Cloud native security. The Philippines has held a respectable spot in terms of Cloud adoption in Asia-Pacific, ranking ninth in Asia Cloud Computing Association’s 2018 Cloud Readiness Index.

However, the Palo Alto executive cautioned that the growing attention of enterprises to curbing external cyberattacks, should also have parallel internal measures in place to improve resiliency. The survey revealed that the most glaring internal obstacle is employees’ lack of awareness on cybersecurity (58 percent), which makes organizations more vulnerable to internal cyberthreats. This is followed by risks from third-party service providers and suppliers (45 percent), while IT departments having other priorities on which to focus on (33 percent) is also seen as a “human-based” concern.

When asked what the advantage is of a Cloud-native security system versus a traditional on-premise installation or build, Visaya was quick to say that the very nature of Cloud-based security deployment makes it flexible, immediate and compatible to practically all of the current private, public and hybrid Cloud environments. Linking to solutions such as software-defined wide-area network security and combining comprehensive threat intelligence with network security, advanced endpoint protection for Cloud security in a integrated security platform right from the start.

Despite the high level of confidence, almost a third of the companies in the Philippines said the risk level regarding cyberthreats as “high” and “very high.” Almost half claimed the monetary damage worsened last year, compared to 2018.

“Philippine companies are being confronted by new cyber risks and perennial threats, which leave cybersecurity teams and the broader workforce with little choice but to adapt. The race is now on for businesses to leverage new tools such as automation and machine learning to close the gap as fast as they can, and secure both an ever-expanding network and a growing number of connected devices,” Visaya concluded.