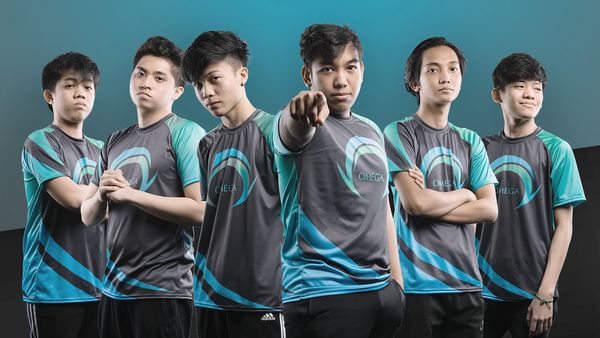 Smart Omega, the official esports team supported by leading mobile services provider Smart Communications, Inc (Smart), will be one of the professional teams that will be representing the Philippines in the upcoming Mobile Legends: Bang Bang M2 World Championships in Singapore.

Happening on January 18 to 24, 2021, the M2 World Championships will be the first in-person competition for Mobile Legends since the pandemic began.

Professional teams from Japan, Brazil, Cambodia, Indonesia, Malaysia, Myanmar, Singapore, Russia, and the Philippines will battle it out in the biggest ML competition in the world.

Aside from Smart Omega, Bren Esports will also represent the Philippines. Both teams are members of the Smart-backed Philippine Esports Organization (PESO), the official National Sports Association that govern and develop e-Sports in the country.

Esports athletes and management teams who will participate in the tournament will follow strict public health protocols during the games, and no live audience will be allowed in the venue to ensure the safety of the participants.

“There are over 43 million gamers in the Philippines’ growing e-Sports industry. This global competition would mean a lot to our mobile e-Sports community and we could not be prouder to support our very own Smart Omega team as they represent our flag in the world stage,” said Alfredo S. Panlilio, President and Chief Executive Officer at Smart.

“Our support for Filipino e-Sports athletes through the years is rooted in our firm belief that our players have the skills, talent, and dedication to be at par with the world’s best players. We hope that Smart Omega can be an inspiration to Filipino casual players and fans to help them realize and pursue their passion for esports,” says Jane J. Basas, SVP and Head of Consumer Wireless Business at Smart.

The young and talented pro team already has several awards under its belt, including multiple championships and top awards for The Nationals, Just ML competition, Juicy Legends Pro Division, and top awards during various MPL-PH Series.

Two of the players have also represented the country in several global tournaments. Kenji and Haze both won gold for the Philippines under the Smart-powered Team Sibol during the debut of the multi-platform esports category in the 2019 Southeast Asian Games. Haze also has the Challenger Summit Singapore Champion and the 2018 Southeast Asia Cyber Arena (SEACA) titles on his resume, among others.

Smart has always been active in the promotion of e-Sports in the Philippines.

Aside from supporting Smart Omega, the telco company has also mounted multiple Mobile Legends competitions nationwide. This massive support for e-Sports has been made possible by PLDT and Smart’s integrated network.

In 2020, PLDT and Smart further accelerated the rollout of their fixed and wireless networks to deliver better customer service. PLDT’s fiber infrastructure, the most extensive in the country, is now at more than 422,000 kilometers as of November. This fiber infrastructure supports Smart’s mobile networks, which now cover 96 percent of the population and are present in 95 percent of cities and municipalities.

As of November, Smart has also increased the number of its base stations to over 58,000, while also rolling out additional 5G base stations as it accelerates its 5G commercial services nationwide.

The mobile telco firm also teamed up with PESO and ESNAP to support the Philippine team to the very first Pacific Pro-Am NBA 2K20 Tournament, soon after their successful stint at the FIBA Esports Open.