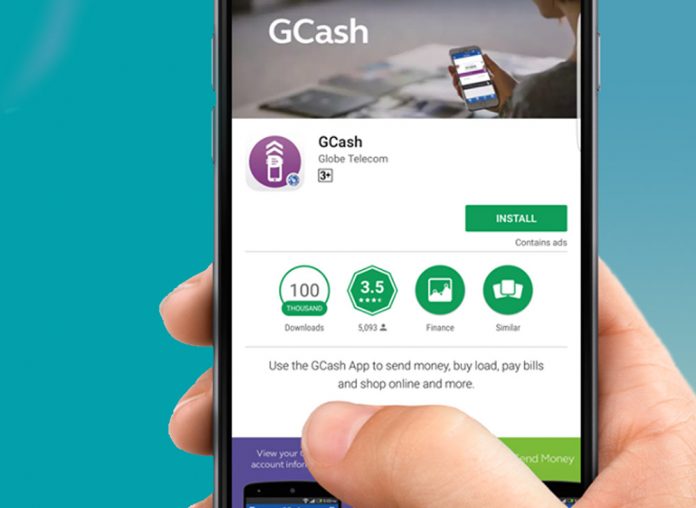 GCash in 2020 catalyzing growth of the new digital economy

2020 has been a year full of challenges, with the world still reeling from the effects of the COVID-19 economically. In the Philippines, consumers have adjusted to the new normal by adopting, among others, fintech services to make their financial lifestyles more convenient and themselves safe against the pandemic.

Dedicated to its commitment to democratizing payments, GCash, the undisputed leader and preferred mobile wallet in the Philippines, shares how Filipinos have embraced digital finance through a snapshot of its performance this year.

Over P1 trillion in transactions have passed through the GCash app during 2020, peaking at a P7.5 billion daily gross transaction value, and with more than 6 million transactions in a day. The mobile wallet company also grew its users to 33 million, a 65 percent growth versus last year.

GCash Forest, the mobile wallet’s multi-awarded, gamified solution in reducing the nation’s carbon footprint, has now over 6.7 million users actively collecting carbon points, which in turn can secure the users an actual tree to be planted in select forest sheds in the country.

“GCash has played an integral role in keeping not only the economy going this year, but keeping Filipinos safe and sane during the pandemic. We’ve seen not only heads of households and young adults use the GCash app for their financial lifestyle, but even consumers that advocate a greener Philippines, in maximizing what our platform has to offer,” said Martha Sazon, President and CEO of GCash.

GCash is also revolutionizing the way Filipinos handle their money. As of November 2020, 3 million GSave accounts have been opened, demonstrating how banking behavior is shifting from traditional physical branch visits, to simply transferring to a digital savings account. Lending is another example: Over PHP 8 billion have been extended to more than 900,000 Filipinos in need of funds through the app’s GCredit service, disrupting existing processes for loans in the country.

As a force for good, GCash users have donated more than PHP 40 million in 2020 alone as relief to those who have been affected by COVID-19 and the typhoons near the end of the year through the mobile wallet’s CSR initiative GCash for Good. Gone are the days where donations are only done through banks, with donors scanning deposit slips as proof of transactions. Once again, behavior has shifted from traditional to digital.

Shopping is another use case consumers have applied GCash to: this year alone, Filipinos spent over P16 billion on popular online shopping sites such as Lazada and Shopee. Meanwhile, more than 600,000 merchants and social online sellers opened up shop during the pandemic with GCash as the primary mode of payment.

“Aside from regular financial transactions such as money transfer and bills payments, we’ve noticed shifting behaviors on how money and digital money is being used, namely on entertainment, savings, donations, and online shopping,” added Sazon, crediting the mobile wallet’s quick pivot on user needs to further expand financial inclusion in the country through digital transformation.

GCash is so pervasive in society that it’s becoming a verb: A Filipino on average mentions the word “GCash” on social media every second of every day in the country, not yet including other communication media such as personal conversations, texts, and emails. Memes have also popped up this holiday season, asking ninongs and ninangs to just send their aguinaldos using GCash.

The outlook of fintech indeed is bright in the country, especially now that the new normal is here. This year, the Bangko Sentral ng Pilipinas announced their Digital Transformation Roadmap, where the agency aims to shift at least 50 percent of retail payment transactions to digital, and to have at least 70 percent of Filipinos have their own e-wallet by 2023. GCash fully supports this endeavor, and is confident that it will be able to accelerate meeting this goal, as 1 in 3 Filipinos already have a GCash account.

Globe Fintech Innovations Inc. (Mynt), which operates GCash, is part of the portfolio companies of 917Ventures, the largest corporate incubator in the Philippines wholly-owned by Globe Telecom Inc.

GCash is available for download on the App Store and Google Play. For more information, kindly visit https://www.gcash.com/. A proven leader with over three decades of experience across business groups and geographies, Jo will steer the strategic growth directions of Samsung Electronics in Southeast Asia & Oceania.

“I am pleased to return to Southeast Asia and Oceania, and lead one of the vibrant leading hubs for Samsung Electronics globally. I look forward to strengthening the strong relationships we have built with our partners and customers here and explore exciting new consumer and commercial partnerships, steering Samsung into the next stage of growth in the region,” Jo said of his new assignment.

Markets in Southeast Asia & Oceania are integral to Samsung Electronics’ long-term growth plans, with the region poised to sustain its rapid economic growth into the next decade, built on the digital ambitions of its cities, industries and communities. He will guide the business towards cementing its industry leadership and seizing long-term growth opportunities in this region by forging partnerships, creating operational excellence, and ultimately, building brand trust amongst consumers and enterprises.

“In an era defined by rapid digital disruptions, we are committed to empowering the digital ambitions of nations, industries and communities in Southeast Asia and Oceania, and to help fulfill the potential of the people here through next-generation technologies,” he added.

An international fintech holding Robocash Group has expanded the product line with the launch of its first Buy Now Pay Later service UnaPay in the Philippines.

Apart from the new product, Robocash Group has been providing micro-consumer lending services with the focus on Asia and operating its own P2P lending platform in Europe. The Buy Now, Pay Later will open new opportunities for the group’s customers, offering instalment plans for online and offline shoppers in the Philippines.

With UnaPay, users can make purchases on the Lazada e-commerce platform with up to 12 installments due every two weeks. The customers can apply for a virtual credit amount of up to PHP 30,000. Having inherited the ease-of-use and full automation from the existing products of the group, UnaPay provides Filipinos with fast and convenient access to finance. The approval process takes 5 minutes, while the funds are credited to the customers’ Lazada e-wallet within 24 hours. Moving forward, UnaPay plans to increase the number of active merchants, which is expected to reach several hundreds by the end of 2021.

“We see a big potential in the new product, as there is a high demand for alternative financial services among Filipinos. More than 50 mln people remain unbanked, but many of them need additional funds. For example, our recent survey showed that over 50 percent of Filipinos borrowed money from family or friends in 2020. At the same time, the Philippines has a significant share of smartphone (64 percent) and Internet (70 percent) users. It means that most of the population has an opportunity to access financial services online to meet their immediate spending needs,” Sergey Sedov, Chief Executive Officer of Robocash Group commented.

Although the e-commerce market in the Philippines is at the emerging stage now, it is one of the fastest growing in Southeast Asia. Between 2015 and 2019 it increased at a CAGR of 26.4 percent. By 2023, it is expected to reach $7 billion.