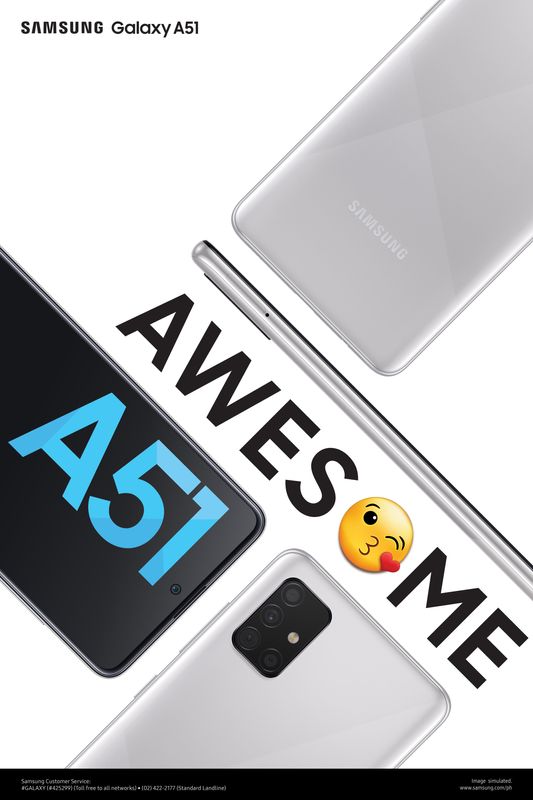 In 2020, Samsung lived up to the content creator dreams of Generation Z with the launch of the Galaxy A51. The smartphone’s features allowed them to capture their most awesome self, be it their talents, passions, or interests, and share these with the world.

The Galaxy A51 came with a Quad Camera that empowered Gen Z to discover just how creative they could be with the content they’d produce. The 4,000mAh battery life, advanced Octa-core processor, and up to 128GB of memory and 8GB of RAM allowed them to effortlessly take awesome photos and record engaging videos all day.

The smartphone was so well-received by young consumers that it became a global hit. According to Strategy Analytics, a company that provides market research solutions, the Galaxy A51 was the world’s most popular Android smartphone in 2020. Based on global smartphone shipment estimates during the first three quarters of 2020, more than 63,000 units were sold each day or more than 2,600 per hour.

Bolstered by this success, Samsung is ready to unleash more awesome innovations this Wednesday, March 17, 2021, to make content creation accessible to everyone. Join Samsung as they unveil the new Galaxy A-series phones during the Awesome Unpacked live event at youtube.com/samsungphilippines at 10 PM (PH time)

To see how awesome is made for everyone, visit facebook.com/SamsungPH.