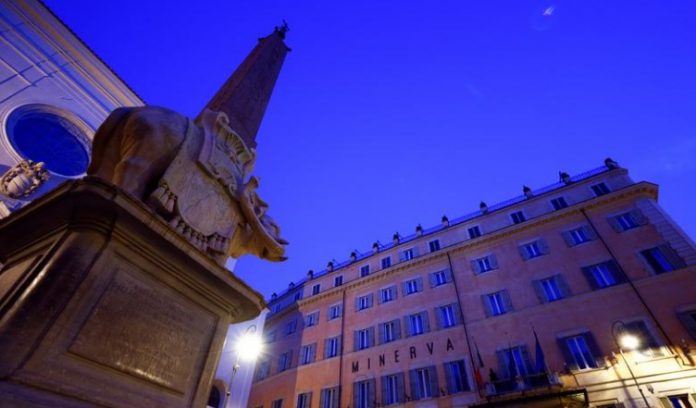 MILAN – International investors are casting an eye over some of Italy’s grandest hotels whose family owners may be persuaded to part with properties that can be refurbished in time for tourists to return.

The number of guests in Italian hotels more than halved in 2020 and the chances of a rebound this year have dimmed as the country fights a third wave of the COVID-19 pandemic.

Italian tourism agency ENIT sees visitor numbers bouncing back to surpass pre-pandemic levels by 2023, but investors hope the wait will prove too long for many struggling owners.

“M&A activity is concentrated on trophy assets for which the pandemic has been a game-changer: family owners that would never have considered selling in the past are now willing to hold discussions,” said Marco Zalamena, head of hospitality at consultants EY.

At least four luxury hotels are currently up for sale, according to two sources with knowledge of the market.

Among them are the family-owned five-star Majestic Hotel as well as the Grand Hotel Via Veneto, a few minutes walk from each other on Rome’s famed Via Veneto.

In the north, Hotel Britannia is for sale on the shores of Lake Como, while real estate equity firm Aina Hospitality has put Milan’s Four Points Hotel on the block, the sources said, on condition of anonymity as the information is not public.

Hotel Britannia owner Ross Whieldon confirmed he and his wife were sounding out the market for a possible sale, but added they would be happy to keep it. “It depends on how good the offers are, we have not made a decision yet,” he told Reuters.

The other hotel owners did not respond to requests for comment.

In Venice, which in 2020 took the lion’s share of investments in Italy’s hotel sector, the private owners of Hotel Palace Bonvecchiati next to St. Mark’s Square held preliminary talks with an investor last year, the sources said.

EligioPaties, one of the hotel’s two owners, told Reuters the talks ended quickly, and they were not interested in a sale for now. “People are calling us every day,” he said.

Fewer hotels changed hands in Italy last year as the pandemic raged and rooms stood empty. Deals more than halved to 31 in 2020 for a total of 1 billion euros ($1.2 billion), down from a peak of more than 3 billion euros from 67 transactions in 2019, according to EY.

That trend was reflected across Europe, with real estate consultancy CBRE pointing to a 75 percent decline in France and a 60 percent drop in both Spain and Germany.

But there are signs that is changing, with Italy high on investors’ wish-list.

“Italy is the country most in demand when it comes to hospitality assets,” said RaimondoGaetani, business development director at real estate private equity firm Patrimonia.

“That’s because it has more high-end destinations than other European countries, meaning investors can build hotel portfolios and benefit from higher margins.”

A fragmented market and fewer brands are also features boosting the appeal of Italy’s large hotel sector, according to Francesco Calia, Italy’s head of hotels at CBRE.

With 90 percent of Italian hotels currently shut, according to industry association Federalberghi, there are expectations that more family-owned hotels could have to be put on the market, driving down prices which have so far proven resilient.

Marco Michielli, chairman for the northeastern Veneto region of Federalberghi, said he gets three or four calls a week from European investment funds interested in Italian properties, compared with two or three a year before the pandemic.

“They are sitting on the fence waiting to find hotel owners who cave in,” he said.

Barletta predicts big hotel chains, which currently account for just 7 percent of the Italian hotel sector, will own 25-30 percent of the market within a decade.